Graeme Swann came in support of Kevin Pietersen, who recently decided to retire from limited-format to escape a relentless international schedule. 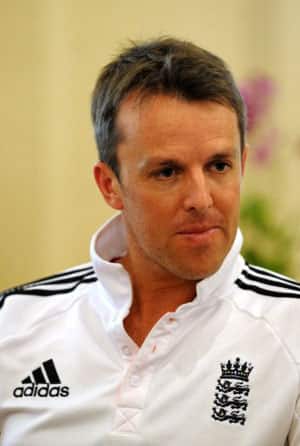 Graeme Swann felt felt that Kevin Pietersen had an absolute right to make his own decision about when to retire, in whole or part, from the England side AFP

Graeme Swann came in support of Kevin Pietersen, who recently decided to retire from limited-overs cricket to escape a relentless international schedule.

“There comes a time when you get towards the end of your career, into your thirties, when something’s got to give,” Swann was quoted saying by NDTV.com.

“You can flog yourself to death and fall to pieces or you can start to be quite wise and make a pragmatic decision.

“Whatever Kevin’s made his decision for, whether it be financial matters or the family or whatever, I can understand where he’s coming from because there’s certainly times I look at a schedule and just think: ‘How can I do this? My body’s killing me. I haven’t seen my kids, my wife is ready to get up and walk out because I’m never here.’ We’re human beings at the end of the day.

“I’ve got a kid being born at the end of the summer and I’m going to see her for a week in the first six months of her life. I look at that and think how am I going to do it? How can I possibly get through?

“If it was a couple of years down the line there’d be no two ways about it, I’d be saying, right, something’s got to give and something has to go.”

The England spinner felt that Pietersen had an absolute right to make his own decision about when to retire, in whole or part, from the England side.

“I can understand where Kev’s coming from and I can understand where the ECB are coming from at the same time: ‘We pay you well, we expect you play, it is a short career.’ But people have to face facts that you are in control of your own destiny, so you decide: ‘I’ve had enough, I’m going to retire from whatever form of the game,’ then that’s it.”

Swann has repeatedly expressed disenchantment with the amount of 50-over cricket played by England, openly stating a preference for Tests and Twenty20, but he said he did not expect to follow a similar course.

“It’s hard to say, but I think it would be all or nothing for me, to be honest,” he said. “If you pick and choose which one to ease off then I think for me it’d cause a lessening of my affections in the other forms.”