Kohli had a good start on the third day of the match as he looked in complete control of his shots but Ben Stokes removed him with a top-notch delivery.

Birmingham: Virat Kohli’s struggles with the bat continued on the third day of the ongoing rescheduled fifth Test match between India and England. He was dismissed for just 20 runs in India’s 2nd innings which drew a lot of criticism from experts and fans. However, former England spinner Graeme Swann defended Kohli after a disastrous performance against England in the match.

Kohli had a good start on the third day of the match as he looked in complete control of his shots but Ben Stokes removed him with a top-notch delivery. Swann said that Stokes’s delivery could have been unplayable to any batter from any era and one should point fingers at the former Indian captain.

“You can say what you want, I don’t care, who is batting in any period of Test history if you can survive that delivery you are very, very lucky. That is unplayable. It’s a lucky catch in the end,” Swann said while speaking to Sony Sports.

He stated, “Regardless, if you are looking to get on the front foot, back foot that ball is a ripsnorter. For an English point of view, I often find that whenever Indian commentators talk about Virat, I always think ‘wow they are quite harsh on him’. The standards are so high for Virat, I thought he was very at ease today,” he added.

Swann also pointed out that Virat Kohli is not expecting short balls from James Anderson and Stuart Broad and lunges forward a lot to play his shots.

“Yes, he is looking to get forward, but he knows that the England bowlers, Broad and Anderson, are looking to pitch it up. Jimmy won’t waste his time bowling many short ones to Virat. I think it was clever batting,” Swann concluded. IND Vs ENG: It Will Be Memorable If We Win This Series, Says Star Bowler Mohammed Siraj 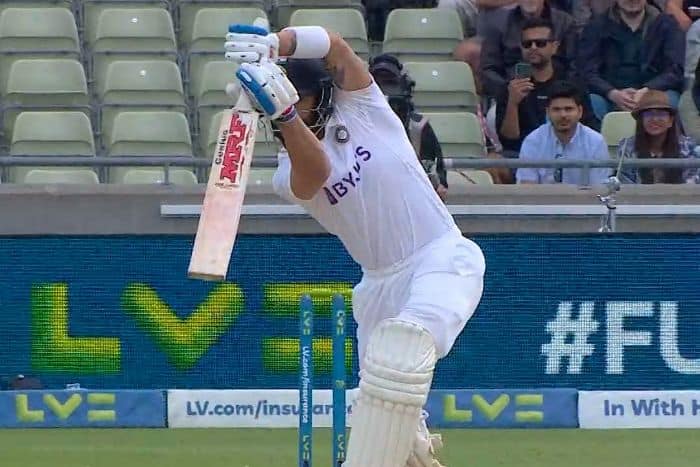