Graham Ford was hired as Sri Lanka head coach for a second time in February this year following a string of retirements that left the country reeling down the Test rankings.

In the light of several promising performances in the ongoing Australia Test series, Sri Lanka head coach Graham Ford has revealed that he was surprised to see the island nation transforming so quickly, months after he was entrusted with a herculean task of rebuilding the team. Ford was hired as Sri Lanka head coach for a second time in February this year following a string of retirements that left the country reeling down the Test rankings. Sri Lanka endured a disastrous World T20 campaign and a woeful tour of England since then but produced an unexpected comeback against the top-ranked Test side by taking an unassailable 2-0 lead in the three-match Test series against Australia. LIVE CRICKET SCORECARD: Sri Lanka vs Australia, 3rd Test at Colombo

“In one of the first press conferences that I had when I took over again, I said that you just can’t put a time frame on how long the rebuilding process will take,” Ford was quoted as saying by ESPNcricinfo. “But the way some of the young guys are starting to put in high-quality performances – I wasn’t expecting that to happen as quickly as it has, against such high quality opposition. ALSO READ: Mitchell Starc goes past Richard Hadlee

“One of the beauties of selecting young guys is that even if they fail, you’ll get some return. If you make the investment you will get something back down the line. Older guys, who are perhaps past their best – when they fail, you’re not going to get much back. I think that’s been a view of the selection panel as well. It’s been exciting to see and I’m a little bit surprised to see them doing as well as quick they have. But we’ve still got a long, long way to go. They will still disappoint us from time to time. But with the attitude that they’ve got and the work ethic, we’ve seen some exciting signs for the future.” 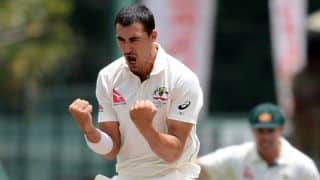 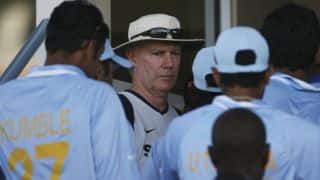