Cricket Scotland announced a new coaching structure for the national team. Former New Zealand Test cricketer, Grant Bradburn, has been appointed Head Coach in a revamped structure that sees Craig Wright, who coached the team to recent success at the Cricket World Cup Qualifier, take charge of Cricket Scotland’s Elite Player Development Programme along with being the assistant coach. Toby Bailey will be the fielding coach and performance analyst, while Simon Smith will be the strength and conditioning coach.

According to a report on the official ICC website, Bradburn, who has a notable coaching career in first class cricket for New Zealand’s Northern Districts, said, “It is an honour to be named as coach of Scotland. This is a fantastic opportunity to work with players and staff at Cricket Scotland and I am thrilled at the prospect of working with a nation trying so hard to build on recent success.”

Bradburn explained his plans to help Scotland’s overall performance. “As a coach, this presents a great opportunity to add value, by driving continual improvement, building depth with healthy competition for Scottish representation. The Scotland team have performed well by qualifying for the 2015 World Cup which will be played in New Zealand and Australia at venues that I am very familiar with. With my appointment through to the end of 2017, I will focus sharply on continuing Scotland’s progress towards being a leading force in world cricket. I am also motivated to contribute to Scotland Cricket’s overall performance systems, aligning with each region to build clear player pathways and assisting more Scottish players to step up onto the world stage,” he said.

Talking about the Scotland side, Bradburn said, “Cricket Scotland has a high quality team of people supporting the players, with excellent systems in place. With my experience of orchestrating successful high performance environments, I look forward to working with the players and staff at Cricket Scotland and assisting them to continue to grow and perform.”

Andy Tennant, former Head of Performance, is set to take on the new role of Director of Cricket, in charge of all strategic and operational cricketing matters.  The Head Coach will now report directly to the Tennant.

Commenting on Bradburn’s appointment, Tennant said, “We are delighted that we have been able to attract a coach of Grant’s ability and pedigree to head up our national team programme.  During the recruitment process Grant was able to show the vision, foresight and attributes we were looking for to drive our Scotland national team through the World Cup and onwards to the next Intercontinental Cup and WCL cycles. He has an exceptional track record of producing international cricketers and is used to working in similar environments to the one he will find in Scotland.”

Tennant concluded by saying, “With Craig, Toby and Simon as his coaching team, as well as the ability to bring in other specialist assistance as required, we believe we have all the building blocks in place to build on the recent success in New Zealand.  I very much look forward to working with Grant when he arrives.’’ 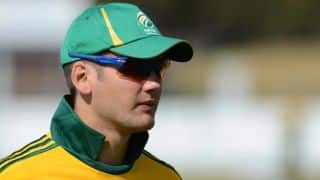 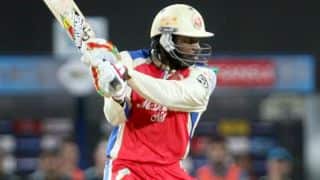