Chappell has been in Hobart the past week watching the Australian under-17 national carnival.

Former Australia skipper Greg Chappell has backed explosive opener David Warner to be the next captain of the national cricket team.

Chronic back and hamstring injuries have raised concerns over current captain Clarke’s short and long-term future.

Warner, however, would be a bold selection as he hasn’t always been a choir boy but neither was Australia’s most successful Test skipper Ricky Ponting before his elevation.

“I’m a great fan of David Warner, I think David could do the job and looking forward you’ve got fellas like Mitchell Marsh coming into the side, who is also a proven leader,” the 66-year-old was quoted as saying by Herald Sun.

“I think Steven Smith is also one of a number who could do it,” he added.

“When the time comes I’m sure whoever gets will do a good job.”

Chappell has been in Hobart the past week watching the Australian under-17 national carnival for the next crop of Test stars, and has scoured the country for the next leg-spinner. And while Chappell said there was talent on offer, he urged the nation to be patient.

“The thing to remember is when you have got someone like Shane Warne, that’s an aberration,” he said.

The Cricket Australia’s (CA) national talent manager also said,: “It is a rarity when you’ve got one so you should enjoy it while they are there because they are hard to find.” 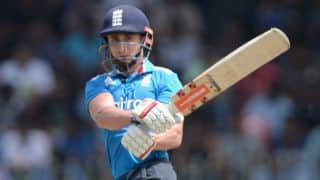 Sri Lanka vs England, 5th ODI at Pallekele: James Taylor gets to his second consecutive half-century