Will Suresh Raina's lions roar yet again or Rohit Sharma 's blue brigade reign on GL's own habitat, is a question only time will tell.

We are three matches away from the playoffs and still don’t have the final four teams that will battle to clinch the ninth edition of Indian Premier League (IPL). In Match 54, Gujarat Lions (GL) will combat with Mumbai Indians (MI) at Kanpur’s Green Park. In the previous contests between these two teams, GL outplayed MI by 3 wickets, courtesy Aaron Finch’s match-winning half-century in crunch situation. Despite boasting of T20 superstars, both teams have been blowing hot and cold and have only one chance to make it to the penultimate stage of this cash-rich domestic spectacle. Let’s walk through the preview and predictions of this cracker of a contest. Live Cricket Scorecard: Gujarat Lions vs Mumbai Indians, IPL 2016, Match 54 at Kanpur

Permutations and combinations: While GL have 16 points under their belt, MI have 14 points with one match to go. If GL beat MI, they are undoubtedly through to the playoffs. If they lose, they will have same points as MI and hope RCB and KKR lose their remaining contest, given their unimpressive net run-rate of -0.479. MI, on the other hand, will have to win by a huge margin, as they are on the same page with GL (considering the net run-rate, yet again).

GL and MI’s batting heavy line-up: MI drafted Martin Guptill in their previous contest against Delhi Daredevils (DD). Despite losing in-form Rohit Sharma early, he played an innings of substance and steadied MI’s ship with Krunal Pandya. It was rare sight to see Guptill play the second fiddle, as he let Krunal take on the bowlers. Eventually, Krunal was awarded Player of the Match for his outstanding 37-ball 86. With power-hitters such as Buttler and Pollard to come, MI’s middle order looks even more devastating. Read: Dwayne Bravo to appear in The Kapil Sharma Show

GL, on the other hand, have one of the most destructive opening pair in Brendon McCullum and Dwayne Smith. Both these talismanic batsmen have been one of the prime reasons why GL put up a stellar show in their maiden IPL extravaganza. And, with Suresh Raina back in the team, it will be an uphill task for the MI bowlers to keep GL’s onslaught at bay. Like MI, GL have superior hitters in the middle order as well. If Dinesh Karthik can go cheeky with modern-day scoop, Dwayne Bravo has a reputation of clearing the ropes with ease.

Rohit Sharma’s first-inning conundrum: Rohit, so far, has amassed 459 runs at a staggering average of 45.90. However, he managed to score only 65 runs in the first innings; the remaining 394 came while chasing. If MI lose toss and are put to bat first, this failure of Rohit will play on his mind. GL analysts must be well aware of this and will look to make early inroads by dismissing him early. Nonetheless, if Rohit fires on all cylinders, there’s no stopping him, as he has a reputation of a big-match player.

GL and MI’s variety of bowling attack: MI’s Mitchell McClenaghan, with his 17 wickets, is the Purple Cap holder. He has an array of deliveries in his arsenal: stock, slower bouncer, deadly yorker. What’s been the heartening aspect of his bowling is, he takes wickets at regular interval and when the team needs the most. He never failed to step up this season. He has been well supported by the old warhorse Harbhajan Singh and sling-shot styled Jasprit Bumrah. Read: Virat Kohli hailed as ‘legend’ by Harbhajan Singh

Suresh Raina has been impressive with his bowling duo of Dhawal Kulkarni and Praveen Kumar. Both have been disciplined in the powerplay and able to swing the ball both ways. They may not feature in the top wicket-taker’s list, but have impeccably kept lid on the runs even on batter-friendly tracks. Along with this duo, Dwayne Bravo has been handy in the death overs with wily off-cutters. Thus, given the Kanpur track has something to offer for the bowlers, variety of bowling attack of these two teams promises to keep the spectators on the edge of their seats.

Prediction: It’s difficult to pick a team at this point. While GL have the home advantage, it’s unfair to write off the defending champions MI. Both teams have emerged triumphant in their previous encounters and are brimming with confidence. Will Raina’s lions roar yet again or Rohit’s blue brigade reign on GL’s own habitat, is a question only time will tell. 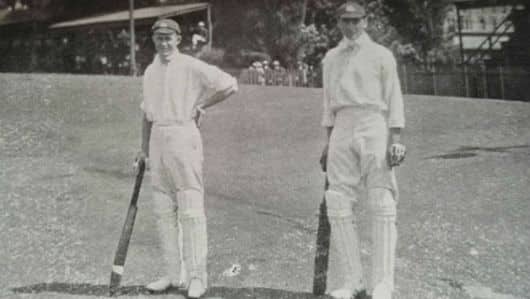 Second win on the trot for the googly men: England in South Africa 1905-6 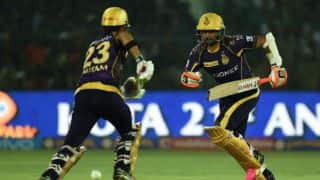 Permutations and combinations: Can Gautam Gambhir's Kolkata Knight Riders make it to playoffs of IPL 2016?