Australian cricketer of Indian-origin Gurinder Sandhu has been chosen as one of the six promising pacers from Australia undergoing training at the MRF Pace Foundation in Chennai. Australian cricketer of Indian-origin Gurinder Sandhu has been chosen as one of the six promising pacers from Australia undergoing training at the MRF Pace Foundation in Chennai.

The 20-year old Gurinder is being trained under former Australian pacers Glenn McGrath and Craig McDermott.

He recently won the Steve Waugh Medal for being New South Wales’ best domestic player following an impressive start in First-Class cricket which saw him pick up 14 wickets in just two matches.

“I started just like any other kid in the backyard but it was a pretty quick rise after playing in the Under-19 World Cup with Shield games and one-day games for my state,” Gurinder was quoted as saying by the Times of India.

He added that the loss against India in the Under-19 World Cup final was a huge disappointment.

“I had a decent time at the Under-19 World Cup, but I would’ve liked to have won the final which we lost to India,” Gurinder said.

Talking about the young pace sensation, McDermott felt that he could knock on the doors of the selectors very soon.

There are opportunities. There are obviously three or four older quicks who have established their place but there’s always opportunity for guys like Gurinder. The key is to stay fit and keep putting pressure on the guys who are in the team,” said McDermott. 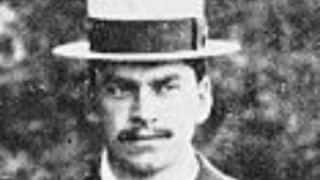