The Pakistan cricket Board's disciplinary committee has fined wicketkeeper Zulqarnain Haider for breaching the code of conduct but has allowed him to resume his cricket career. 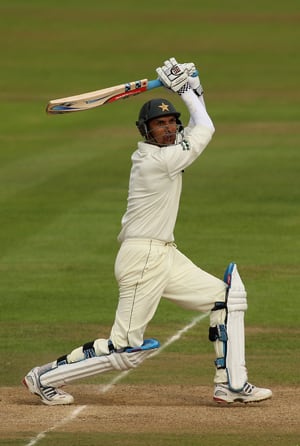 The Pakistan cricket Board’s disciplinary committee has fined wicketkeeper Zulqarnain Haider for breaching the code of conduct but has allowed him to resume his cricket career.

After a nearly 90 minutes hearing at the national cricket academy, the Chairman of the disciplinary committee, Sultan Rana said Haider’s case had been decided on compassionate grounds.

“Haider has withdrawn all his allegations against the board or fellow players and also admitted he had no evidence to support his claim that a bookmaker had approached him in Dubai to fix matches,” Rana said.

“Haider asked us to consider his case on compassionate grounds and mitigating circumstances as his father is very ill and needs treatment. We have fined him a token five lakh rupees and imposed a one-year probation on him,” he said.

Haider appeared before the committee and pleaded his case but admitted he had violated his central contract clauses. “I admit I made mistakes and with my actions was in breach of several clauses of my contract. But I asked the committee to consider my case on compassionate grounds,” he said.

The disciplinary committee on Thursday after hearing the Shahid Afridi case had fined him 4.5 million rupees but issued him NOC to go and play for Hampshire. Haider had fled the Pakistan team hotel in Dubai last November during the one-day series against South Africa and flown to London where he applied for asylum.

He alleged that he was threatened by an unknown person who wanted him to fix matches of the series. Later Haider also made allegations about some of his teammates accusing them of mentally harassing him and even being involved with bookies.

He returned home in late April after withdrawing his application for asylum after he met with interior minister, Rehman Malik who assured him he would be provided full security and safety in Pakistan.

Haider told the media after the hearing that he didn’t have evidence to support his claims. “But the fact of the matter is that I was wrong to flee the team hotel and I should have informed the team management about the situation I was facing at that time,” he said.

The young keeper said he was looking forward to resuming his cricket career at domestic and international levels. “I know I am under probation and will ensure no one has any complaints with my conduct in future,” he said.