Haider yet to convince ICC about fixing allegations

Haider yet to convince ICC about fixing allegations

Pakistani wicketkeeper Zulqarnain Haider is yet to convince ICC anti-corruption unit that there was much substance in his claims that he was threatened by a bookmaker after refusing to get involved in fixing matches last year, according to sources. 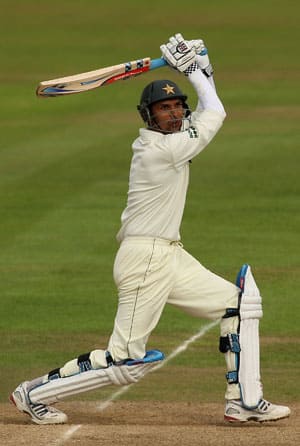 Pakistani wicketkeeper Zulqarnain Haider is yet to convince ICC anti-corruption unit that there was much substance in his claims that he was threatened by a bookmaker after refusing to get involved in fixing matches last year, according to sources.

Reliable sources told PTI that ICC ACU officials quizzed Zulqarnain in London after he fled the team hotel in Dubai last November during Pakistan’s ODI series against South Africa without informing the team management and sought asylum at the British capital.

“When the PCB inquired from ACU officials about their feedback and views on the reasons given by Zulqarnain for fleeing the team hotel, they responded they didn’t find anything substantial in the keeper’s statement to follow up on,” one source said.

“The ACU basically said they had found nothing substantial to warrant a full scale inquiry into what Zulqarnain was saying,” the source added.

When a senior official of the Board was contacted by PTI for his comments, he simply stated that since returning to Pakistan, Zulqarnain had not bothered to make any contact with PCB.

“So far he has not contacted us and when he does he will first have to respond to the notice we went him while he was in London asking him to explain in writing the circumstances that prompted him to take such a big decision and violate his central contract terms and conditions,” chief operating officer Subhan Ahmed said.

“After he responds to the notice we will decide whether and when he has to appear before the disciplinary committee of the board to respond to the charges of misconduct against him,” he said.

Subhan said that the Board can only decide on how serious were the claims being made by Zulqarnain after he tells them in detail what led to him fleeing the team hotel. Subhan was a member of the PCB fact-finding committee that investigated the circumstances that led to Zulqarnain fleeing the team hotel. In its findings, the committee had noted it had found nothing to warrant such a drastic step by Zulqranain that brought Pakistan cricket into disrepute.

Zulqarnain returned to Pakistan recently on reassurances given to him by the interior minister Rehman Malik that his security and safety would be taken care off by the government.

Zulqarnain, who had said he wanted to play cricket again, only reached his hometown Lahore yesterday after remaining in Islamabad due to security reasons.

Subhan maintained that the Board would only decide its future course of action after hearing out Zulqarnain but untill the issue is cleared the PCB couldn’t consider him to play again.