Among the wishes for Kumble, as usual, Virender Sehwag's happened to be the most unique one.

As Anil Kumble turns 47, cricketers and fans pour in wishes on the birthday of the former India cricketer and head coach. Among the wishes, as usual, Virender Sehwag‘s happened to be the most unique one.

In his usual style of wishing his mates and close ones via funny quotes, Sehwag wished his former teammate. Kumble, too, was prompt to reply to Sehwag’s tweet. Sehwag wrote: “On Dhanteras, wishing one of India’s greatest Dhan @anilkumble1074 bhai a very happy birthday. Jai jai Shiv Shambho, Happy Birthday Jumbo !”

Wish you a very happy birthday, Kumbels! You have been an inspiration for generations together and will continue to be one. pic.twitter.com/3vqMpqhu6E

Suresh Raina, too, wished Kumble on his birthday.

Very happy birthday @anilkumble1074! Wishing you a fantastic, most amazing and an incredible day. Lots of love and success to you! pic.twitter.com/BhC65ITp11

Wishing one of India’s greatest match winners , @anilkumble1074 a very happy birthday. May you have a great day and year ahead. pic.twitter.com/JBCvgOeIBk

Rohit Sharma and Harbhajan Singh were among those who wished Kumble

Truly one of the legends of Indian cricket and played massive part in Indian cricket’s success. Many happy returns @anilkumble1074

A perfect role model, an inspiration to many and a very humble man. Happy birthday @anilkumble1074! God bless. pic.twitter.com/2u41DG9Q7R

Happy Birthday @anilkumble1074 Sir.God bless you with all the happiness and good health. Have a great year!

After having a successful tenure as head coach, Kumble stepped down from the position this year, after Virat Kohli’s reservations came into fore. Here’s wishing him a very happy birthday. 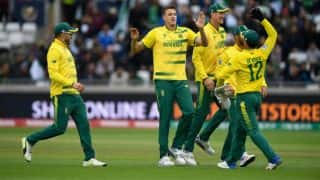 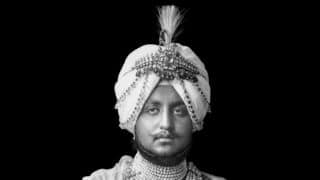