Born on June 4, 1991, England‘s Ben Stokes turns 25 today. One of the most successful all-rounders in current time, Stokes is a regular member of the England national cricket team across formats. The player is a reliable option for the team’s death over bowling. At the mere age of 25, Stokes has after his name many records and is doing better day by day. Making his debut in the year 2011, he played 39 One-Day Internationals (ODIs) scoring 685 runs and picking up 36 wickets. Stokes made his Test debut in 2013 and played 24 Tests, scoring 1395 runs and picked up 58 wickets. READ: Ben Stokes aims to return against Pakistan following knee surgery

Of the many records that Stokes has after his name is one of scoring the fastest 250 runs and highest individual score in Tests batting at No. 6. England were up against South Africa at Cape Town during the Basil D’Oliveira Trophy 2015-16 as the visitors were reduced to 167 for 4. Stokes came into action, scoring 258 runs and pushing the score to 629 for 6, as Alastair Cook declared the innings.

Stokes did very well throughout the ICC World T20 2016, though, failed to continue it to the final match of the tournament. His best performance came against New Zealand as he bagged 3 for 26 in the semi-final match of the tournament. He also maintained a decent economy rate considering the fact that he was mostly used in the death overs. He has after his name two fifers in Tests and one in ODIs and surely has the potential to become a big name as an English all-rounder. Here’s wishing Stokes a very happy birthday. 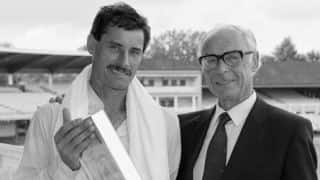 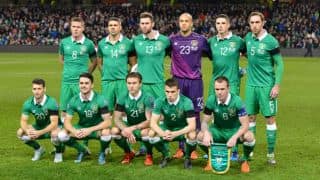