Mithali Raj recently toppled over Meg Lanning as the No.1 batter in ODIs.

Mithali Raj shot to fame since her debut on June 26, 1999. Although it was not an easy task, she ensured women s cricket walked head-to-head with that of men s today. Mithali has grasped every opportunity she has been presented with. She has soldiered the Indian innings on several occasions. In the process Mithali has broken records after records only to become the leading run-scorer in women s ODIs with tally of 6,190 runs in 186 matches.

On her 35th birthday, Mithali s former teammate Mamatha Maben and her KIOC coach Irfan Sait sent across messages to CricketCountry. Some wished her over through their social media accounts:

Mamatha Maben: I would like to wish her a very Happy Birthday. Thank God she was born to be a cricketer. She has made the game and all of us proud. I would like to thank her parents immensely, who have gone out of their way to make all her dreams a reality. God Bless.

Irfan Sait: Mithu is one Noble Soul whose good deeds on and off the field are million times more than her age. May she stay fit and fine for years to come. Happy Birthdy, Genius!

Veda Krishnamurthy, who is currently preparing for her first stint in WBBL, wished her teammate and captain, Mithsy, through her Facebook account:

Wishing one of the most successful women s cricketers to have graced the game a very happy birthday! May you continue to propel Women s cricket forward @M_Raj03pic.twitter.com/vz8B6vsdn5 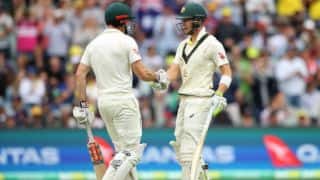