Morne Morkel is the No. 9 ODI bowler whereas ranked 13th in latest ICC Test rankings.

Born on October 6 1984, South Africa‘s pacer Morne Morkel turns 32 today. Morkel made his debut in Test cricket against India whereas represented them in One-Day International (ODI) versus Asia XI in the same year. Morkel along with Dale Steyn and Vernon Philander make a strong trio of pacers for the national side and because of his lanky height, he generates awkward pace and bounce for the batsmen. Former South African pacer, Allan Donald, has considered this pace trio to be the best produced by South Africa in recent times. Morkel is the No. 9 ODI bowler whereas ranked 13th in latest ICC Test rankings.

Morkel made a mark in international arena with a splendid performance in the inaugural edition of ICC World Twenty20 (T20I) 2007. Though South Africa were prevented from another ICC trophy, the performance of Morkel was a promising aspect for them. Morkel finished the tournament with nine wickets at 13.33 and an economy rate of 6, which is considered good in a format known for batsmen. Morkel had a successful tour of England in 2012 wherein South Africa won the Test series 2-0 and Morkel ended with 11 scalps from three Tests. Morkel enjoyed success in South Africa’s tour of Australia with 14 wickets in three Tests at an average of 28.50.

Morkel had a successful tour of India in 2015 especially in 50-overs and helped South Africa win the series 3-2. Morkel has been a star in Indian Premier League (IPL) as well where he earlier represented Rajasthan Royals (RR), Delhi Daredevils (DD) and is now a vital cog of Kolkata Knight Riders (KKR). Morkel was the leading wicket-taker in 2012 with 25 wickets from 16 matches and even earned the Purple Cap.

He remains an integral part of South African team in all formats. Morkel has been out of the ongoing bilateral series against Australia but is expected to be fit and will be included for their tour Down Under, later in the year. 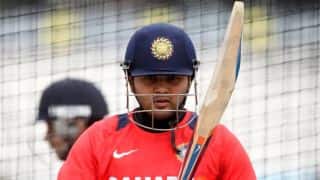 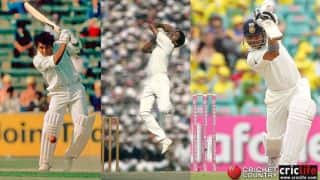