Rahul dravid has represented India in 164 tests and 344 ODIs.

Rahul Dravid, born on January 11, 1973 in Indore turns 42 on Saturday. He is fondly known among his fans as “The wall”. Dravid was born to Sharad and Pushpa and soon after his birth, they re-located to Bangalore, where he was raised. Dravid burst into the international scene when he made his debut against Sri Lanka in 1996, in which he scored only three runs. The following match against Pakistan too wasn’t a successful one for Dravid as he was run-out only for four runs.

However, Dravid’s Test debut was highly successful. He made his debut along with Sourav Ganguly during India’s tour of England and he fell just five short of his maiden ton at Lord’s. Dravid retained his place in the next match where he scored 84 in the first innings at Nottingham. Dravid went on to get his first international century against South Africa in the third Test at Johannesburg. Batting at No.3,  Dravid made 148 to help India attain a total of 410. His first One-Day International (ODI) came against Pakistan in Chennai in a losing cause. Dravid made 145 during the World Cup in 1999 at Taunton and in the process stitched a 318-run stand with Ganguly, which was then a World record.

Dravid made run-a-ball 153 against New Zealand, his highest ODI score and partnered Sachin Tendulkar in a 331-run stand in 1999 to ensure India finished at 376 for two. Dravid scored his first of many double-hundreds against Zimbabwe in Delhi to help India win the Test. Dravid struck a purple patch between 2002 to 2007. He scored four centuries in a row, he partnered VVS Laxman at Eden Gardens to help India beat Australia despite being asked to follow on, became the first player to score centuries at all Test playing countries and was appointed the captain of the team.

In 2007, under Dravid’s captaincy, India won their first Test series in England since 1986. Later in 2007, Dravid resigned as India’s captain. The 2011-12 series against Australia turned out to be Dravid’s last series as he decided to retire from International and First-Class cricket after that. 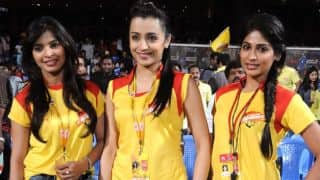