On his 47th birthday, Tendulkar looked back at some of his most memorable bowling spells of his career. 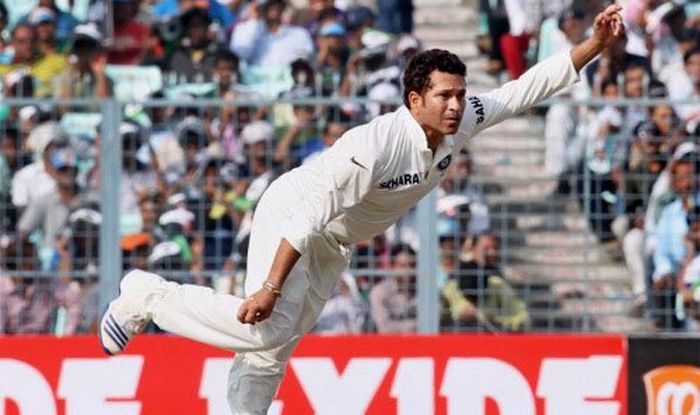 Sachin Tendulkar, regarded as the most complete batsman in the history of the game, celebrates his birthday on April 24, 2020. A champion batsman who owns almost every batting record there is, as he turns 47, Tendulkar looked back at some of his most memorable bowling spells of his career.

Tendulkar’s mind harked back to the tri-series in Australia in 1991, where against West Indies, he became captain Mohammad Azharuddin’s fifth bowler as all four pace bowlers had bowled their quota. Tendulkar got a crucial wicket and the match ended in a tie.

“Patterson had played an on-drive off the previous ball. Subroto was standing at mid-on and Pravin Amre was at midwicket. The batsmen could’ve taken the fourth run, because both Amre and Banerjee were cramping. I was screaming: ‘Save one run you never know. They managed to save that run. Next ball, I got Cummins out,” he told Times of India.

Tendulkar then moved on to his last-over heroics against South Africa in the Hero Cup Semifinal of 1993, where he defended six in the last over, helping India to a narrow two-run win.

“I started the over by bowling to (Brian) McMillan. There was a run out. Then, I bowled three dot balls to Allan Donald. Then, the next ball he hit to long on for a single. Then, the last ball I ended up bowling to McMillan,” remembers Tendulkar.

“Bowling the 50th over of the match all of a sudden wasn’t easy. “It was a cold November night in Kolkata. Since I hadn’t bowled at all, my hands were freezing. I took a good two-three minutes to warm-up. And then, it was about mind games reading each other’s mind, what they’re looking to do. I didn’t want to give Donald any pace at all. I knew that McMillan was their main striker. Donald was never going to hit a boundary. He would try for a single. And if I bowl seam up, then it would be easier for him to hit me. So, I tried to keep the ball slow and mix my pace.”

Five years later, Tendulkar claimed his first five-wicket-haul in ODIs, against Australia in Kochi. Chasing 310, Australia were cruising before Tendulkar let them rip with some magnificent leg spin, helping India to a 41-run win.

“They were well-placed at 180 for two in the 28th over when I came into bowl. At that time, a left and a right-hander were at the crease. I decided to bowl leg spin to right-handers and off spin to left handers. I had planned it with Nayan Mongia (wk),” he recalls.

“Since Michael Bevan was stepping out even before the ball was bowled, I indicated to Mongia that ‘if he steps out, I’ll bowl outside leg stump.’ And it actually happened that way. It was one of those days when my leg spin was landing at the right spot and I got the ball to turn and bounce quite a bit.”

Tendulkar had a quiet time with the bat during India’s historic Eden Gardens Test against Australia in 2001, but his impact with the ball in the second innings cannot be forgotten. While VVS Laxman, Rahul Dravid and Harbhajan Singh did the bulk of the damage there, Tendulkar landed crucial blows and finished with 3/31, including wickets of a set Matthew Hayden for 67 and Adam Gilchrist and Shane Warne for ducks.

“You know, I wasn’t supposed to bowl, because we had limited overs to bowl the Aussies out. Hayden was batting well. We needed to change Bhajis’ end. I came on purely for that. That’s when I picked a wicket, and another wicket, and then another wicket! So, I continued bowling,” he recalls.

The next one may not be too known, but was equally important in the context of the match. During India’s famous Adelaide Test win during their Australia tour of 2003/04, Dravid’s double century and Ajit Agarkar’s 6/41 shepherded India’s to their first Test win in Australia since 1980-81, but Tendulkar chipped in with the ball, grabbing the wickets of Damien Martyn and Steve Waugh.

“In the second innings, we had got four early wickets, and there was a 65-run partnership between Waugh and Martyn for the fifth wicket. Then, I was able to get both of them. Because I was able to get turn, I wanted to tempt them into driving. If Anil (Kumble) was bowling, they’d have possibly blocked the ball, but with a part-time bowler, there’s a temptation to do that. Since I don’t bowl long spells, I’ve a license to experiment,” Tendulkar said. 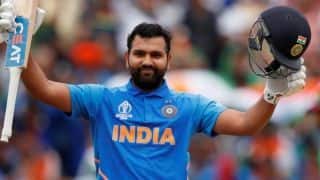 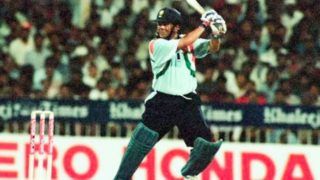