Jayasuriya is currently in England as Sri Lanka are playing two-match Test series, five-match ODI series and a T20I match.

Born on June 30, Sri Lanka’s former captain and cricketer Sanath Jayasuriya turns 46 on Thursday. Jayasuriya had quit as Sri Lanka’s selection head due to changes in the interim committee led by former cricketer Sidath Wettimuny on April 3. He was back as the chief selector following Sri Lanka’s performance in ICC T20 World Cup 2016 as they were crashed out in the group stages. Jayasuriya is currently touring England as his team is playing two-match Test series, five-match ODI series and a T20I match. Sri Lanka are once again at the back foot after England have taken lead in Test series as well as ODI series. ALSO READ: Sanath Jayasuriya beats Virat Kohli in ODI GOAT; will take in Sachin Tendulkar in semi-final

A veteran of 110 Tests and 445 ODIs, he has amassed 6,973 and 13,430 runs in both the formats. He garnered all the accolades when in 1996 ICC World Cup he took the cricketing world by storm. Jayasuriya had ended his calendar year then with strike rate of less than 83. He was termed the Most Valuable Player in of the tournament for his all-round performance. He was also useful as left-arm spinner who was uncannily difficult to score off and has picked 98 and 323 wickets in Tests as well as ODIs. He also has 5-wicket haul to his name and stands 9th on the list of all-time wicket-takers in ODIs.

In the tournament at Singapore against Pakistan in the same year, Jayasuriya achieved his fastest ODI century off 48 deliveries and fastest ODI fifty off 17 deliveries. He made it large not just in ODI but in Test as well in the subsequent year against where he scored 340 against India and quickfire 213 against England at the Oval in 1998, helping Sri Lanka win the match. He was chosen Wisden leading cricketer of the year in 1996 and Wisden Cricketer of the Year in 1997. He was appointed the captain of his side in 1999, but that weighed down on his batting prowesses that lead to his resignation eventually after ICC World Cup 2003. ALSO READ: Sanath Jayasuriya reinstated as Sri Lanka chief selector

In 2007, Jayasuriya retired from Test cricket in 2007 and called curtains to his ODI career in 2011 after the opening match at The Oval. But he continued featuring in T20 leagues like IPL where he played for Royal Challengers Bangalore and Rajasthan Royals until 2011. Jayasuriya associated himself with politics even during his playing days. Notably, he was elected to the Parliament in 2010. He served as the deputy minister of Postal services in the former UPFA government led by Mahinda Rajapaksa,and later as the Deputy Minister of Local Government & Rural Development under president Maithripala Sirisena. Jayasuriya stayed away from the general elections in 2015, though he won most of the votes from Matara district under UPFA in 2010 general elections. 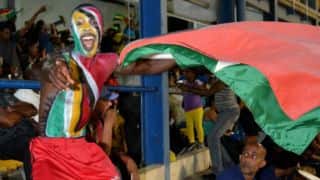