Shane Keith Warne, one of the finest cricketers, turns 48 today.

“JKR (JK Rowling) never disclosed the exact birthday of Dumbledore, the second-greatest wizard ever. The greatest, of course, was born this day, 1969,” tweets Abhishek Mukherjee, CricketCountry’s editor-in-chief. Not a bit of exaggeration. Shane Keith Warne, one of the finest cricketers, turns 48 today. The Victorian, who made his debut in 1992, made leg-spin bowling glamorous and resurrected the dying art. He is regarded as one of the finest bowlers of all-time.

On the greens and out of it, Warne remains a colourful character and has his shares of controversy as well. However, his contribution to the game remains unparalleled. It has been over a decade since his international retirement but this wizard continues to inspire and manages his way to the headlines.

One of the finest minds in the game Warne, finished with 708 wickets from 145 Tests at 25.41, and is second in the list of most wicket-takers in the pristine format. He also has 293 wickets in ODIs and was one of the key architects of Australia’s 1999 World Cup triumph. Warne was awarded the Man of the Match in the semi-final and final of the mega event in England. Warne also led an inexperienced Rajasthan Royals to an IPL triumph in the tournament’s inaugural season.

Here are some of the evergreen CricketCountry articles on Warne.

Shane Warne: The man who breathed life into the dying art of leg-spin bowling 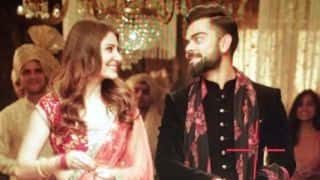