Pollock is the leading wicket-taker for South Africa in ODIs and Tests.

Born July 16, 1973 in Port Elizabeth, Cape Province, former South African all-rounder Shaun Pollock turns 43 today. Pollock, a right-arm fast medium bowler, is known to be one of the best South African cricketers of all time. Pollock’s strength was that he could move the ball both ways and was also known for his determination and courage. He was named captain of the South African side in April 2000 under dramatic circumstances as Hansie Cronje was caught in match-fixing. He retired in early 2008 and played his last Test match against West Indies at Durban. He has since become a commentator and can be seen covering various cricket matches. READ: Shaun Pollock: 10 things to know about South Africa’s champion all-rounder 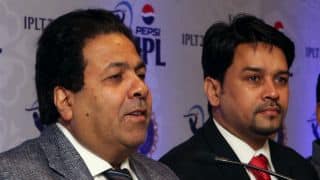