The 'Prince of Calcutta', one of the greatest captains in the sport, turns 43 today.

Born on July 8, 1972, Sourav Ganguly turned 43 years old on Wednesday. Ganguly was a batsman of fine strokeplay and was a decently talented slow bowler. But he is most known for hos shrewd leadership qualities.

Many Indians and as well as foreign cricket fans recognise Ganguly as the best captain to have put on an Indian jersey. At his peak as captain, India were often the second-best side in the world, only behind the mighty Australia.

It was under his watch that India reached the final of the 2003 World Cup in South Africa before Australia dashed India’s dreams of lifting the cup. His fierce captaincy skills earned him the title of ‘Dada’ in India.

However, he was more than just a good leader. He was a fine batsman and alongside Rahul Dravid, Sachin Tendulkar and VVS Laxman formed the ‘fab four’ batting line up. His ability with the bat manifested itself best in the fifty-over format, but he was very good in Tests as well.

As a bowler, he never had enough pace to rip through batting lineups, but generated good amount of movement and accuracy to keep batsmen in check and that resulted in key wickets sometimes. Happy birthday to a great leader and fine cricketer. 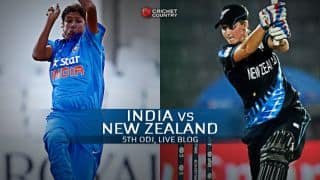