India captain Virat Kohli, widely regarded as one of the finest batsmen of his generation, turns 32 today. 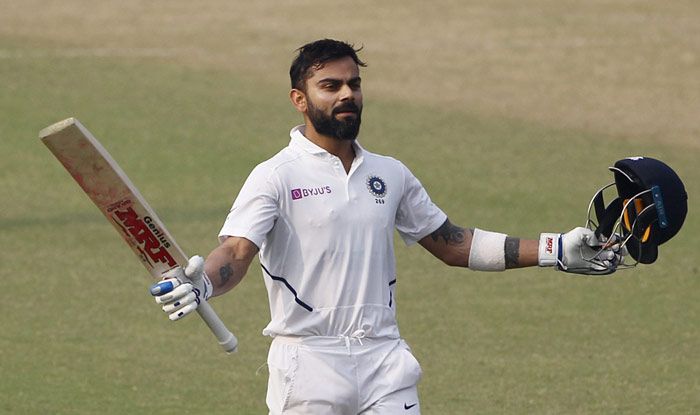 Run-Machine. Chasemaster. Virat Kohli, who is celebrating his 32nd birthday today, has been bestowed with several sobriquets for his insatiable desire to score runs. He’s widely regarded as the finest batsmen to have played the game with few of his peers terming as the best-ever across formats. His ability to switch his game according to the format, without much muss, is almost surreal. No wonder he is one of the biggest draws in international cricket.

#Kohli holds the record for the most Test double-centuries by an Indian – 7 so far. He’s also the first Test captain to have recorded six double-tons too.

#He’s the fastest Indian to have scored 25 centuries in Test cricket.

#At the 2019 ODI World Cup, he became the first captain to have scored five straight half-centuries at the showpiece event. Overall, he’s the second ever to do so after his contemporary Australian Steven Smith.

#He’s the most successful Test captain in Indian cricket history with 33 wins to his name.

#He’s the first batsman to have scored three straight centuries against two different opponents – against Sri Lanka and West Indies.

#He continues to be the only batsman to have scored over 300 runs in a bilateral series six times.

#He has scored 26 centuries in ODI chases which is the most ever in the format.