On this day, two years back, Virender Sehwag who had turned 37 then, announced his retirement from international cricket.

On this day, two years back, Virender Sehwag who had turned 37 then, announced his retirement from international cricket. Born October 20, 1978, the legendary cricketer turns 39 today. Having made his international debut in a tri-series at Mohali in 1999, Sehwag waited for two years before staging a comeback against the visiting Australians in 2001. His comeback game fetched him the Man of the Match award and there was no looking back since.

Later that year, he announced himself in Tests by slamming a century on his debut against South Africa at Bloemfontein. Sehwag s forte was hand-eye co-ordination and the gift of timing. Add power to the mix and he was capable of dismantling any attack. The uniqueness caught skipper Sourav Ganguly s eyes, who promoted him to open the batting. Sehwag went on to redefine opening in Tests and in fact revolutionised opening across formats.

In Test cricket, Sehwag till very recently, held all top three scores registered by an Indian – 319 against South Africa at Chennai in 2008, 309 against Pakistan at Multan in 2004 and 293 versus Sri Lanka at Mumbai in 2009. Karun Nair s triple ton against England pushes Sehwag s 293 to the fourth spot.

Sehwag s strike rate in Tests read over 80, which meant he scored big and they came at a brisk pace. This allowed the bowlers ample time to bowl out oppositions twice. He was one of the reasons for India s rise as the No.1 Test side in between 2009 and 2011.

His 219 in ODIs against West Indies was only the second double century in this format. It remained the highest score in ODIs in between 2011 and 2014 till Rohit Sharma slammed the 264. Sehwag is a part of two World Cup winning squads (WorldT20 in 2007 and ODI World Cup in 2011).

He was dropped from the national side in 2013 owing to poor form and never returned. He continued to grace in the IPL and domestic cricket. With 8,586 runs in 104 Tests at an average touching 50, Sehwag slammed 23 centuries and 50 half-centuries. In 251 ODIs, Sehwag slammed 15 tons and 38 half-centuries at an average of over 35.05, and amassed 8,273 runs. Those runs came at a strike-rate in excess of 100.

Remember, he played majorly in the 2000s where scoring at 80s in ODIs were considered very attacking. 80s for Sehwag was like Test cricket. He has played only 19 Twenty20 Internationals (T20Is), in which he has scored 394 runs with two half-centuries.

Two years since his retirement, Sehwag continues to enthral all and annoy few with his outspoken and blunt humour in the commentary box.

Here are some of the CricketCountry articles on the enigma:

Sehwag: 30 facts about one of game s most explosive batsmen

Sehwag: 11 stunningly shocking statements made by the Delhi maverick

‘Sehwag-ism’ and other top cricket tweets of 2016 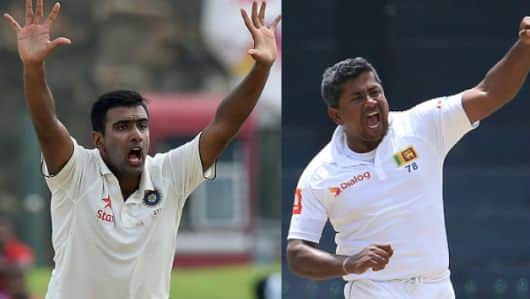