Australia batsman Usman Khawaja is confident of regaining fitness in time for the Test series against India starting December 6 in Australia.

Australia batsman Usman Khawaja is confident of regaining fitness in time for the Test series against India starting December 6 in Australia. The opener, who suffered a meniscal tear in his left knee in a training mishap during the second Test against Pakistan in the UAE last month, was ruled out immediately and was a doubtful starter for the high-profile series against India. However, with the progress he is making, Khawaja is ahead of schedule in his recovery and should also play a Sheffield Shield game before the Adelaide Test.

“Ideally, I’m going well towards then [the first Test] and, in an ideal world, I’d like to play a Shield game before then,” Khawaja said in Brisbane. “That’s the target, that’s the goal, but just have to see. Still three weeks until then, so if everything keeps going the same way it should be good.

“It’s going pretty well so far, just over two weeks, ran at 100% yesterday on the treadmill, hopefully run outside tomorrow, so progressing well so far. The docs and everyone have been really happy with the progress, there’s a long way to go, just taking it day by day at the moment but hoping to be right sooner rather than later.”

Khawaja is up and running post his surgery and has lost a lot of weight, something that has allowed him to train better and effectively. “I’m 10 kilograms lighter than I was in South Africa, maybe seven months ago. I’m sure that helps the knees in some respects,” Khawaja said.

“My recovery is going really well so far, I’m trying to keep it cool, but it’s actually going really well. I feel like I’m a little bit ahead of where I should be and, at the moment, things are progressing well but it’s a long way still to go. If I keep doing the little things right, looking after my body and being disciplined, hopefully that’ll transition to me coming back in time.”

Khawaja has his sights set not only on the four Test series against India, but also the 2019 World Cup. With batting being one of Australia’s major concerns, Khawaja’s addition is likely to bode well for a batting order that will see the banned duo of Steve Smith and David Warner return. Khawaja pointed out that aiming a World Cup berth is one of his major goals and that the least he wants is to be part of the squad that flies to England.

“The team hadn’t been picked when I got injured, but I felt like I was putting my hand up and I really wanted to get amongst it and if selected play some one-day cricket,” Khawaja said. “Targeting that World Cup is a big thing, one of my major goals, I want to at least be a part of that squad. But there’s plenty more opportunities still coming. I was pretty down, that was one of the reasons, but Rachel my wife put it in perspective, she said there’s plenty more opportunities coming, so hopefully I’ll get my body right and go from there.

“It’s one of my major goals to get back into the one-day side, I’ve had chats to Justin about it, he knows where I’m at too, but at the end of the day, we play a game, it’s all about performances. Hopefully when I’m right and things are going well, I’ll put my hand up through performances. But the guys playing in the one-day side are very good players. I have no doubt they’ll come back strong. It’s been a tough time for Australian cricket in more respects than just on-field, so it’d be nice as a fan and a mate to a lot of those guys to see them do well.”

Khawaja also weighed in on Australia’s current run in ODIs. Their loss to South Africa on Sunday was their seventh in a row and also their 17th in 19 games. There was been plenty of changes not only in the squad but also in the board with Cricket Australia chairman David Peever resigning from the post followed by the stepping down of former captain Mark Taylor as member of the board. Former cricket Michael Hussey, a day earlier, had urged the board to show patience with the current team, and Khawaja seems to agree with his former teammate.

“I know we’ve lost a whole bunch of one-dayers over the past year, but this series isn’t lost yet, we’re probably better off seeing what happens over the next two games then reassess as well. I don’t think it’s time for panic stations, sometimes you just need to sit back and see what happens.” 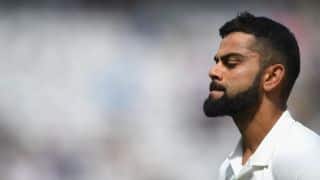 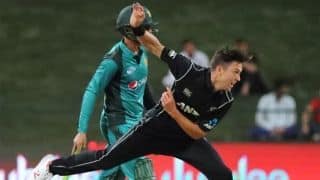