Off-spinner Harbhajan Singh, who on Sunday made a comeback to the Test side, said comebacks are always tough in Tests and hoped to make a difference in the four-match series against Australia. 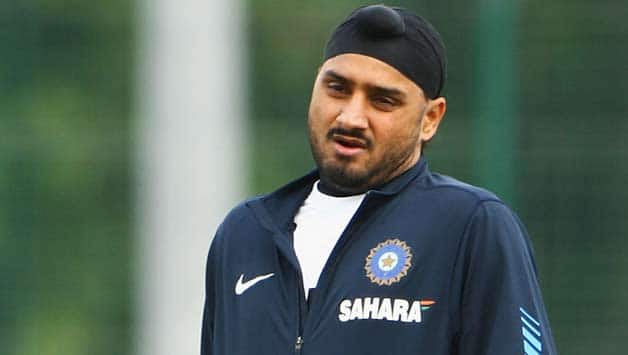 Off-spinner Harbhajan Singh, who on Sunday made a comeback to the Test side, said comebacks are always tough in Tests and hoped to make a difference in the four-match series against Australia.

“Comebacks are always tough. As long as you continue to work hard and believe you can make a difference and do well in international cricket, you can make a comeback,” said Harbhajan after the end of the Irani Cup match.

“I am very happy to be back in the Test squad and hopefully, I can make the difference there,” said Harbhajan, who’s last Test before this series was against England at the Wankhede Stadium.

Harbhajan, a veteran of 99 Tests, said he always enjoys playing against Australia.

“It’s always nice to play against Australia. They have a pretty new batting line-up. If I am not wrong, they have a lot of left-handers, apart from (Michael) Clarke and (Shane) Watson and they have not played much Test cricket and not played in India. This would be a challenging series for them and, hopefully, we will put them under pressure from the first day of the Test match,” he said.

Harbhajan said that he has worked hard on his game since being left out.

“When you are playing Ranji Trophy constantly sometimes you may take wickets and sometimes you may not. But I have been working very hard on my game and trying to give everything I have every day. A new day gives you a new opportunity. That’s what I have kept telling myself that I am still good enough to play for India and that’s the reason I have been playing cricket,” he said.

The 32-year-old said the new bowling attack will come good against Australia.

“Overall, all the bowlers need to bowl well to take those 20 wickets. When I played my first series against Australia (2001-02), I was a no one. All I can say is we have a quality attack to win this Test series for India. If we are able to do that, it will be a great thing. We are looking forward to this series and hopefully we would do well as a bowling unit,” he said.

“Of course, Shikhar is a fine player and has got lot of runs. I am very happy for him. That he is there in the squad means that he has done well to be here,” said Harbhajan.

Harbhajan feels that Irani Cup was the best stage for a player to attract the attention of the selectors.

“Obviously, we play this game so that we can represent India. It (Irani Cup) is an important game for me, as well as my teammates. These kinds of games give you the platform to do well and get back into the Indian team. I am very happy that I have done well and am back in the Test squad. It is great to be part of the Test side and make a difference there,” he said.