India's veteran spinner Harbhajan Singh believes his comeback against New Zealand in the T20 series will be the start of a "new chapter" after being out in the wilderness for more than one year. 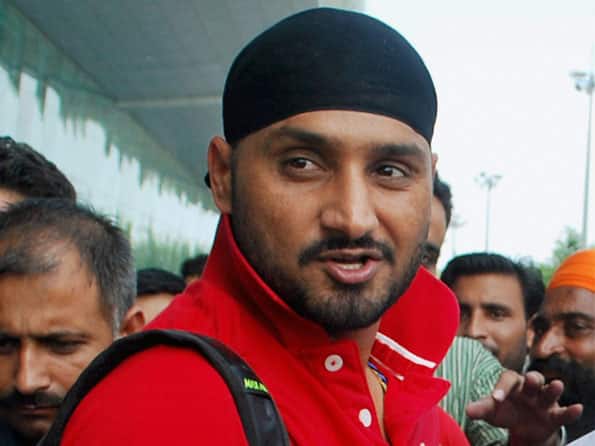 India‘s veteran spinner Harbhajan Singh believes his comeback against New Zealand in the T20 series will be the start of a “new chapter” after being out in the wilderness for more than one year.

“It’s not that I was dropped for the first time last year. But it has been for the longest period of time. It makes you feel as if you are doing it for the first time,” Harbhajan told PTI in an interview on Thursday.

“I won’t say this is a second debut but yes, it’s going to be a new day and a new chapter for me,” he said.

Harbhajan has a haul of 683 International scalps including 406 in 98 Tests but the 32-year-old off-spinner had to prove himself all over again to earn the India colours.

“It’s always tough when you are out. Making a comeback is tougher than earning your maiden International call. It involves a lot of things. When you’re out, you get injured and then again out. It’s always been challenging.”

Harbhajan said he was always eager to perform well for the country without resting on the past laurels.

“You cannot live in the past glory. For anyone, it does not depend what you’ve done in the past but what you do in the present and future.”

“I wont’ say it was frustrating but at times it’s difficult not being part of the side for so long. But you’re used to the set up. Not only me, it can happen to anyone. You are always going to have ups and downs. But when you get the opportunity, you have to stand up and take it in your stride.”

Harbhajan said that it was his willpower and desire that made the difference.

“In my case, I had the willpower and the desire to wear the India jersey again– it’s the biggest thing for me. It makes me proud.”

After taking 11 wickets in two county games for Essex, Harbhajan did a star turn for the side when he scalped 5/37 and blasted 22 off 13 balls against the Netherlands national side in a Pro-40 game.

“I was ready to work hard and take challenge. You get your family and friends support, but at the end of the day you’re all alone fighting it out there in the middle. With Almighty’s help, I’m here again and now I’m looking forward towards doing well,” he said.

Harbhajan will make a comeback alongside Yuvraj Singh, who conquered a rare germ cell cancer, to be back in the fold again for the fourth edition of the World Twenty20 in Sri Lanka.

Terming the 2007 World T20 triumph as a life-changing experience, he said: “It was a tournament that changed Indian cricket. We were never the favourites. Nobody actually felt that we could win it. Everybody wrote us off saying we’re a young side. Moreover, the format was new to us. Despite all odds, we did it.”

“Now with IPL, the guys are really doing well in this format. It’s always an honour to represent the country in World Cup. We all are looking forward to it. Hope to enjoy the moment playing in the World Cup and come out with flying colours,” he added.

In Harbhajan’s absence, lanky Tamil Nadu spinner Ravichandran Ashwin took the charge of off-spin and the senior pro was all-praise for the youngster.

Harbhajan said that he is extremely proud of Yuvraj’s fight against cancer and is very happy that they are both back in the thick of things.

“We all are proud of Yuvraj. He has always been a true fighter. There was fear and doubt about the life-threatening disease. But he never had any doubt and was always positive.”

“The sufferer only feels the real pain. The days’ must be quite long for him when he was taking chemotherapy… Glad that he has come out strong. Obviously, it will inspire all the cancer patients. Hats off to him for the way he fought it with mother by his side. He is a role model,” he concluded.