Harbhajan Singh accused the former coach of sparking a rift between players.

Harbhajan Singh lashed out against former India coach Greg Chappell, saying that Chappell had created rifts through misunderstanding in the Indian team during his tenure between 2005 and 2007. Harbhajan was among the cricketers who supported Sachin Tendulkar‘s criticism of Chappell at the eve of the former’s autobiography.

“He had spoiled the atmosphere, implement a ‘divide and rule’ policy. He would instigate fights between us so that he would be able to do what he wanted,” the Indian off-spinner was quoted as saying to the Times of India.

“He would trigger misunderstanding between us by telling us ‘this player was saying this against you’, when in fact, that player wouldn’t have said anything,” added Harbhajan.

Harbhajan also revealed Chappell to be a ‘double-faced’ man, and that he had lost the players’ trust by betraying them to the media. “He would say something to us, and then say something entirely different to the media. He was a double-faced man. What Sachin has written about him is absolutely true,” said Harbhajan.

“Chappell destroyed Indian cricket to such an extent that it required at least 3 years to again get back on track. The worst part was some players in that team, who sucked upto the coach and would supply selective misinformation creating bigger rifts,” Harbhajan said.

Harbhajan also made another shocking claim that Chappell was writing a damaging e-mail to the BCCI about erstwhile skipper Sourav Ganguly, when India were in the midst of a Test match against Zimbabwe in Bulawayo.

“Sourav was batting out there in the middle and this man was typing a critical e-mail against Sourav, sitting right there in that dressing room. He had no interest in the proceedings of the match. There were seven guys that he wanted to get rid of,” he recalled.

Sachin Tendulkar, on the eve of the launch of his autobiography ‘Playing It My Way‘, had strongly criticised Greg Chappell, describing him as a “ringmaster” who imposed his ideas on players. The statement was supported by the likes of former Indian captain Sourav Ganguly, who lost his captaincy at the arrival of Chappell. 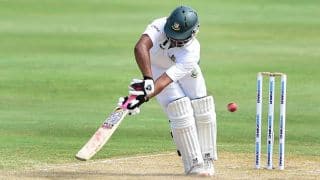