Harbhajan, after close to 700 international wickets and successful IPLs is getting a raw deal.

Selection snubs despite good performances have left him feeling hurt but veteran Indian off-spinner Harbhajan Singh says being ignored repeatedly has not dampened his spirits and he would continue to try for a comeback in the national team. Harbhajan finished this edition of Indian Premier League (IPL) with 14 wickets from 14 games with an impressive economy rate of 6.47 (only third to Sunil Narine and Akshar Patel).

More importantly while other spinners barring Sunil Narine and Akshar Patel found it difficult to contain top-order batsmen, most of his victims included destructive players like Glen Maxwell and Chris Gayle to name a few.

“I do feel ignored and it’s surely not a good feeling. Yes, it hurts when you are not selected for India. My performance in this year’s IPL is for everyone to see. I can do what’s there in my control. But let me assure you, I might get hurt by the snub but it would not stall my comeback bid. Among the Indian spinners, I believe that I bowled the best,” the 33-year-old told PTI during an interaction.

It is quite ironic that while other players are being rewarded for their performance in domestic cricket, Harbhajan, after close to 700 international wickets and back-to-back successful IPLs and Champions League, is getting a raw deal.

Did he have any discussions with the selection committee to find out whether they have any specific plans for him, India’s second highest wicket-taker retorted, “What do you mean by specific plans for me? My job is to bowl and win matches for my team. I am doing that to the best of my abilities. Beyond that I don’t need to think about anything. I still have age on my side. And I certainly believe that I will play for India”.

On his own bowling, Harbhajan said that certain adjustments have helped him do well. “My assessment has been that I have been bowling well for last two domestic seasons. I have bowled with lot of authority and control. I varied the pace of my deliveries successfully,” the bowler said.

“I flighted the ball and was slower through the air. In 14 IPL matches, there were 10 games where I went for less than 24 runs. There was only one match in which I went for more than 35 runs and that was against Rajasthan Royals,” he recalled.

“What satisfied me was that on most occasions, I was able to make the batsman play the ball where I wanted him to play. From grip to execution, it felt good. It reinstated my belief that I am good enough to play at this level for another five years,” Harbhajan said.

Does he think that time is running out for him, the owner of close to 700 international wickets said, “It’s not about time running out. At this point of time, I want to play as many international matches as possible.

“I had 22 wickets from five Ranji matches along with 161 runs. I scored 92 against J&K in the quarterfinals. If I didn’t have the motivation, then I wouldn’t have been able to perform. I still see myself as a contender for a place in the World Cup squad next year,” he said with confidence.

Harbhajan said that this year, he had to assume greater responsibility for Mumbai Indians as Lasith Malinga left after 10 games and pace spearhead Mitchell Johnson was snapped up by Kings XI Punjab.

“There was no Mitch [Johnson] this year and Lasith had international commitments after first 10 games. So I had more responsibility this year as the senior-most bowler.”

On a lighter note, Harbhajan said that he is a bit surprised that the team line-up displayed on TV before IPL matches showed his skill sets only as a bowler.

He had a moderately successful season for English County side Essex in 2012 and is looking forward to playing county this time also. “I have started discussions with some of the counties. I am interested in playing county cricket for its top standard and quality competition,” he said. 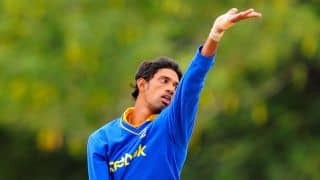 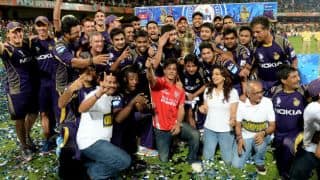