Mumbai: India‘s veteran off-spinner Harbhajan Singh says it was his late father Sardar Sardev Singhs dream to see him become a cricketer. Harbhajan will next be seen in the upcoming episode of popular singing reality show “The Voice India Season 2”. He will be cheering for 19-year-old contestant Farhan Sabir. Finding similarities with Farhan’s situation in life, Harbhajan also remembered his days of struggle. “Farhan is a fabulous singer and I literally got goosebumps when he was performing on stage. Farhan and my story is somewhat similar and that got me even more connected to him,” Harbhajan said in a statement.

“I too lost my father at a young age and it was his dream that I should be a cricketer. If his parents prayers and good wishes stay with him he will definitely make his mark in the singing industry,” he added. The episode of “The Voice India Season 2” featuring Harbhajan will be aired on Sunday on &TV. Earlier, Harbhajan brushed aside speculations suggesting that he might be joining politics anytime soon, saying he has no intention to do the same. I have no intentions of joining politics any time soon. Please stop spreading rumors, Harbhajan said on Twitter, reported ANI.

Days after possibilities of cricketer-turned-politician Navjot Singh Sidhu joining the Congress Party sooner than later emerged, there have been speculations that Harbhajan might also join the Sonia Gandhi-led party. There were also reports that the Indian spinner has been in talks with Congress leaders about joining the party and likely to contest from Jalandhar in the assembly elections in Punja, reported ANI again. 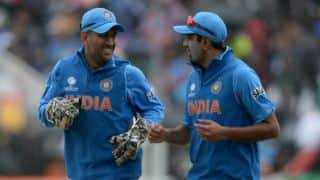