The show Indian Mazak League will air on July 23 on Life OK TV.

Off-spinner Harbhajan Singh and former Pakistan fast bowler Shoaib Akhtar will be seen on a comedy show Indian Mazak League, which will on Life OK TV channel on July 23. Akhtar has represented Pakistan in 46 Tests, 167 One-Day Internationals (ODI) and 15 T20Is in his 13-year long international career. His on-field rival Harbhajan is still an active member of the Indian side, who was part of India s campaign in the T20 World Cup 2016 recently, where his side crashed out in the semi-final stage. Since retiring from international cricket six years back, Akhtar has turned to television commentary and this will be his first time being a judge in a comedy show. READ: Inzamam-ul-Haq not surprised with Shoaib Akhtar bashing Harbhajan Singh, Yuvraj Singh

Akhtar is not complaining. He is happy about the fact that he is being paid to listen to jokes. I am a fun loving person. More than being a judge, I am happy to be part of a grand show like the Indian Mazak League. I am sure with the kind of talent we have on the show it will be loads of fun. I will be actually paid to enjoy the jokes. I don t think there can be a better job than this in the whole world, according to deccanchronicle.com. READ: Shoaib Akthar hopes Salman Khan to play his role in biopic

Talking about his fellow judge, Akhrat says, Harbhajan and I have had some interesting battles on the cricket field. He is a good competitor and now we will be a team on the comedy show.

Shoaib then lists some of the funniest people from the Pakistan dressing room. Take it from me, Pakistan dressing room was and is the best dressing room for a cricketer. There is so much banter, harmless leg-pulling, one-liners in the Pakistan team that my jaws use to ache due to all the laughing. It was fun to be with guys like Mohammed Yusuf, Shoaib Mallik. Even seniors like Wasim Akram and Inzamam-ul Haq were unbelievably funny. I still can t get over the mimicry acts of Shoaib Mallik, that man is on another level, says the former Pakistan fast bowler. 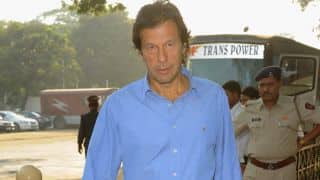