VVS Laxman has revealed that the best sledgers he came across during his playing career were his India teammates Harbhajan Singh and Zaheer Khan.

VVS Laxman has revealed that the best sledgers he came across during his playing career were his India teammates Harbhajan Singh and Zaheer Khan.

Speaking during the launch of his autobiography ‘281 and Beyond’, Laxman shed light on his idea of sledging which he feels shouldn’t be about making personal attacks on an opponent but rather it should only be focused on distraction.

“The term sledging is about how you distract the batsman, or the bowler too. And there are various ways to do that. It doesn’t mean you abuse someone or you start talking about personal issues,” Laxman told The Times of India on Thursday.

He continued, “I felt the best sledgers I’ve come across were Harbhajan Singh and Zaheer Khan. Zaheer was so smart, he would talk about the things which may irritate the batsmen. Something as simple as ‘you are struggling now. I know that I’ve got you.’ It’s just about creating that iota of doubt in the batsman’s mind.”

The current Indian side is lead by Virat Kohli someone who has never shied away from hiding his emotions on the field. His aggressive attitude and body language has often made the headlines and he has time and again reiterated his team believes in giving it back.

“Aggression has to be very natural,” Laxman said. “Some players show off their aggression, some are internally aggressive. If you are trying to be someone who you are not, then you will struggle. Ultimately when you are playing at the highest level, you have to be mentally tough and mentally tough or having killer instinct doesn’t mean you show off your emotions. It’s about doing well in tough conditions. Whoever does that, will be mentally tough.”

In his 16-year-long storied career, Laxman played 134 Tests and 86 ODIs for India. He enjoyed immense success against India playing several memorable knocks against them.

Laxman had decided in advance he would end his international career after India’s 2011-12 tour of Australia. “That 2011 series, I wanted to retire after beating Australia in Australia. I had decided that in 2009-10 itself. I felt we had a lot of experience, we had the firepower in our bowling. Australia also had a good, experienced side but we definitely didn’t play up to our potential and didn’t fulfil our own expectations,” Laxman recalled. 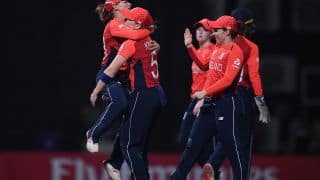 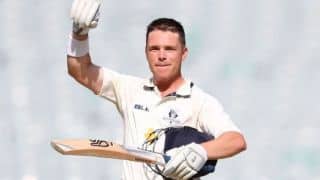