Former captain Sourav Ganguly says that he is at a loss why the star-studded Indian batting line-up failed to perform once again in the third Test against Australia at the WACA which, contrary to the view of other cricket experts, he said was the best batting-friendly pitch. 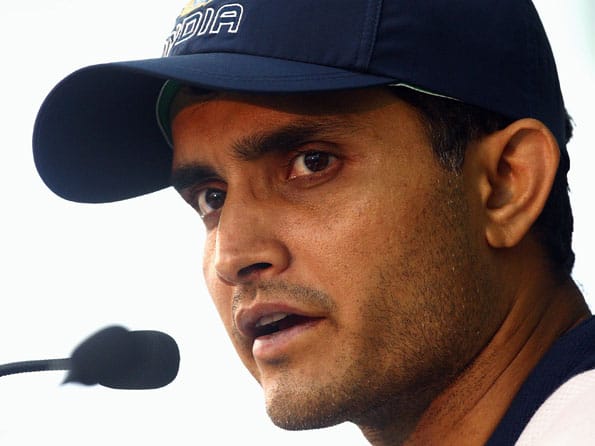 Former captain Sourav Ganguly says that he is at a loss why the star-studded Indian batting line-up failed to perform once again in the third Test against Australia at the WACA which, contrary to the view of other cricket experts, he said was the best batting-friendly pitch.

Ganguly said Indian batsmen were to blame themselves for another insipid performance as they were shot out for just 161 while Australian the opening pair of David Warner and Ed Cowan did not have any problem from the pitch by scoring 149 for no loss at the end of first day’s play.

“It is a terrific batting surface here, probably the best in the series, and the Australians are already close to the Indian total. For the Indian batting, the worries continue. It’s really hard for me to find a reason why such a talented line-up keeps getting bowled out cheaply,” he said.

“It’s been another soft performance against pace and if the knives are out now, they have to blame themselves. They have looked completely out of sorts and it’s hard to fathom what needs to be done to get that confidence back in the ranks.

“The Indians have scored runs against better attacks all around the world, but it just seems to have gone haywire at this stage and, as a teammate to a lot of these players, I can’t find a way to set it right,” Ganguly wrote in his column for Sydney Morning Herald.

He felt that India lost the plot in the first session itself with Sachin Tendulkar and Gautam Gambhir getting out in quick succession towards the end of morning session.

“The first session of a Test match is so important to the outcome of a game and India faltered again in the last 15 minutes of it. The loss of Sachin Tendulkar and a comfortable-looking Gautam Gambhir in the space of six runs put just too much pressure on the Indians,” he said.

“Once again the Indians were dismissed for fewer than 200 and if a team keeps doing that in the first innings of a Test it ends up the losing side more times than not,” he added.

Talking about Rahul Dravid’s struggling form in the tour, Ganguly felt the senior batsman has changed his initial foot movement and that has been creating problems.

“Rahul Dravid struggled once again. His form has dipped hugely after the first hour in Melbourne, where he looked at ease. That the ball hit the timber again could add to his worries. There has been a massive change in his initial movement and I don’t know whether it’s a conscious one.

“In the past, he has moved back and across to the quicks at the time of delivery, which got him into good positions, but having looked at the footage over and over again, his back foot is hovering on leg stump with no sharp movement back and he keeps looking hurried at the crease.

“It would be good if he spent some time with the television crew and gets it sorted as he still has three more innings to play on this tour,” said Ganguly.

Ganguly expressed surprise at India fielding four pace bowlers and felt left-arm spinner Pragyan Ojha should have been included in the playing eleven.

“I was surprised with India’s decision to field four quicks and I honestly felt Pragyan Ojha would have been a good choice. The Australians have not played left-arm spin well over the years and India should have had the variation in their attack. For Australia it was a good choice. Nathan Lyon has not been effective in the series and, if I were Michael Clarke, I would play four quicks in Adelaide as well.”

Ganguly said the WACA pitch was not a green monster as has been made out to be and even the two captains read the surface wrongly.

“There was a lot of talk before the Test how quick the wicket would be, the curator announcing he had managed to get the pace back on the WACA Ground, and that it would be like the pitch of old. I had a lot of doubt about his remarks. It has been a good batting surface and, to be honest, the pitch at Melbourne had a lot more help for bowlers than his one.

“I feel both the captains read the pitch wrongly. There is still a lot of grass cover and they expected the ball to do a lot more than actually occurred.” (PTI)