Hardik Pandya hasn't had a fruitful South Africa tour, especially with the bat.

India all-rounder Hardik Pandya is facing a torrid time in South Africa. Though he commenced the tour with a spirited 93 in the Test series opener, his willow remained silent from thereon. He ended the Test series with an average of 10, and faltered further in the limited-overs. He has chipped in with few breakthroughs, for instance the Port Elizabeth ODI, but failed to create an overall impression. Former all-rounder, Roger Binny, feels Pandya needs to up his game, and play more First-Class games for improvement. Binny added that Pandya is in the squad due to his bowling being Virat Kohli’s fifth bowling option and not for his credentials with the long handle.

Binny told TOI, “He s lucky to get viewed as an all-rounder. He doesn t contribute with the bat. He is chipping in with the ball, and that s why he s been able to keep his place in the team. He has got into the Test team based on his exploits in T20 cricket. Limited-overs cricket is a different ball game altogether you can get runs in those formats because the field is spread out.

Seems like senior Binny isn’t impressed with Pandya. The 24-year-old has impressed one and all with his big hitting and temperament, but needs to find a way out with teams exposing his weaknesses in recent times. Will the all-rounder perform in the third and final T20I, on Saturday, and silence his critics? 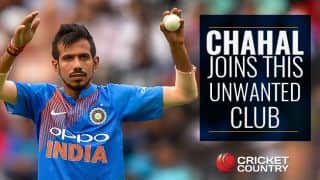 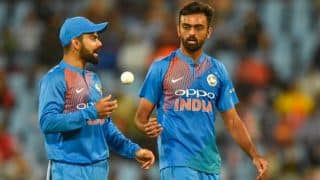