India all-rounder Hardik paid tribute to his father, who passed away on Saturday. The cricketer said he will miss his father's presence each day in his life.

India all-rounder Hardik Pandya on Sunday penned down an emotional letter for his late father – Himanshu Pandya – who passed away on Saturday morning. Himanshu, father of Indian cricket team players – Hardik and Krunal Pandya, died due to a cardiac arrest. He was 71 years of age. Reminiscing the good old times and some unforgettable moments with his dad – Hardik penned down an emotional note and shared a few pictures of himself and his father on social media on Sunday.

Owing his cricketing success to his late father, the 27-year-old said it is quite difficult to accept that his dad is no more in this world. In a lengthy Instagram post, Hardik wrote: “To my daddy and my hero, to lose you is one of the most difficult things to accept in life but you have left us so many great memories that we can only imagine you smiling!”

“Your sons are standing where they are right now is only because of you, your hard work, your self-belief and you were always happy. This house without you would be less entertaining!

“We love you and will always do, your name will always stay on top. But I know one thing, you are looking after us from above the same way you did here!

“You were proud of us but daddy we all are proud of the way you lived your life! As I said yesterday to you one last ride, now rest in peace my king.

“I will miss you everyday of my life. Love you daddddy!” he added.

Meanwhile, Hardik’s elder brother Krunal Pandya, who is leading Baroda in the Syed Mushtaq Ali T20 Trophy, had to leave the bio-bubble in Vadodara created for the tournament to be with the family. He performed the last rites for his father, an official in the Baroda Cricket Association had confirmed on Saturday.

Cricket fraternity, including the likes of Virat Kohli, Sachin Tendulkar, Irfan Pathan and Aakash Chopra, had taken to Twitter to offer their condolences. 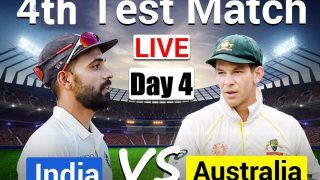