Pandya, now a crucial cog in the Indian scheme of things, opens up about his career so far, which is as colourful has his ever-changing hair.

Hardik Pandya has taken Indian cricket by storm. He has floored one and all with his on-field persona six hitting abilities, persistent bouncers and athleticism. Pandya, now a crucial cog in the Indian scheme of things, opens up about his off-field life, which is as colourful has his ever-changing hair. Speaking to sportstarlive, Pandya was quite vocal about his interactions with Rahul Dravid and how it has played a role on him as a player.

On his interactions with Rahul Dravid: Even recently I read an article where he said he does not believe in natural abilities. It is a fact. You can t just be hitting everything when your team requires you to play in a certain way. It s all about the team. For me, it s the same. I don t have any personal agenda, I don t have an eye on individual records. When a teammate was asked about his plan for a match during a team meeting (during the A tour), he said: I ll play my natural game. And then Dravid explained there s nothing like a natural game. I kind of understood what he was trying to say. If your team is like 45 for six, and if you go out and hit in the air, get out and say it s my natural game, that s not one s natural game. For me, it s stupidity. Natural game may help in certain situations, but not all the time. He (Dravid) always cited examples of being smart enough to tweak the game according to the situation. I am fortunate enough to learn it from the legends.

He has recently been compared to the ‘Haryana Hurricane’ Kapil Dev; a comparison he feels is uncalled at this stage of his career.

On comparisons with Kapil: As I have said earlier, if I achieve even 10 per cent of what he has in his life, it would be a huge achievement for me. I don t think anyone needs to compare me with anyone. I may have sounded laughable when I said two years ago that India won t need an all-rounder now (that I have arrived). I don t need comparisons with anyone. They are greats, let them be greats. The tag that they have, they deserve it. Let me play as Hardik Pandya, it s simple as that. 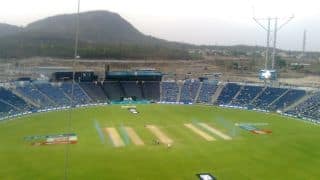