Three wickets in three balls (two caught outs and one run-out) helped India beat Bangladesh by one solitary run and continued their progress in the tournament.

Going down memory lane, India all-rounder Hardik Pandya recalled his heroics in the last over of the 2016 World T20 (now known as T20 World Cup) group stage match against Bangladesh in Bengaluru and credited former India skipper MS Dhoni for it.

Three wickets in three balls (two caught outs and one run-out) helped India beat Bangladesh by one solitary run and continued their progress in the tournament.

But at one point, the match was all but lost for Team India before Pandya rose to the occasion and helped the hosts snatch victory from the jaws of defeat.

As Bangladesh needed 11 runs off the last over to win, Mahmudullah took a single off the first ball. Mushfiqur then hit back-to-back boundaries to put his team on the verge of their greatest wins ever.

“Even at that time if I was there I would’ve taken a single to secure the win and then go for that signature shot or highlight shot. So I was like what was the most difficult ball if anyone wants to take a single?” Pandya told Cricbuzz.

“I thought back of length is something if you wanna hit it”s not that easy and even if you wanna take single it”s difficult as you have to get around and play it properly. But he went for the big shot and got out,” Pandya added.

On the next delivery, Mahmudullah also went for the expansive shot and was caught out at mid-wicket. Pandya revealed how luck played an integral part at this crucial juncture of the game.

“The next ball I went for the yorker, it turned out to be a full toss. It was just destiny, it happened because it had to happen, I didn’t do anything special there,” he said.

Pandya then lifted the lid on the conversation with then-wicket-keeper Mahendra Singh Dhoni and then-fast-bowler Ashish Nehra. He revealed the duo urged him not to bowl a bouncer and Pandya went ahead with their suggestion.

“I don’t remember exactly but few people gave suggestions ‘let’s bowl a bouncer’ but we were not up for it because Mahi bhai and Ashu bhai also said that if a tail-ender tries to swing and gets a top edge then it could fly over the keeper. So he said let”s just go with wide outside off stump,” Pandya said.

“I bowled it a bit too wide and after that I lost my voice.”

As Pandya’s wide delivery was missed by batsman Shuvagata Hom, Dhoni, who was waiting with just one glove on, picked up the ball and ran full speed to take off the bails before non-striker Mustafizur Rahman could get his bat inside the crease.

Third umpire was called on to make the decision and as out was flashed on the big screen, Pandya’s heroics and India”s great escape was completed. 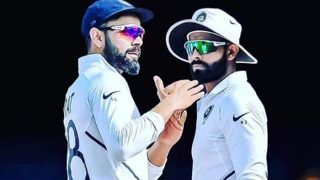 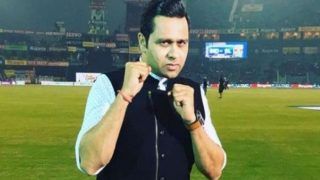 After Darren Sammy, Aakash Chopra Narrates His Encounter With Racism, Says he Was Called 'Paki'