Hardik Pandya talked about the incident and said he didn't even know what 'misogynistic' meant at that time. 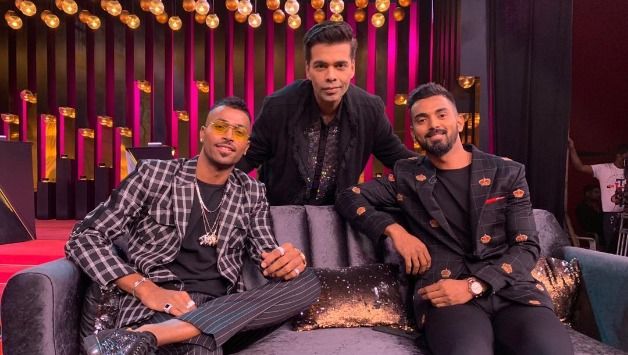 Flamboyant India all-rounder Hardik Pandya opened up on the time after the infamous ‘Koffee with Karan’ controversy. In 2019 Hardik and KL Rahul were invited on a popular chat show hosted by Bollywood director and producer Karan Johar – Koffee with Karan. The episode was aired officially on January 6 and within hours it was much-talk about event of the year. During the show, Hardik made some misogynistic and sexist comments which led to a huge controversy. Later, the all-rounder took to Twitter and apologized for hurting people’s sentiments. Both Hardik and Rahul were suspended by BCCI, which was lifted after some time and they were fined Rs. 20 Lakhs.

Pandya talked about the incident and said he didn’t even know what ‘misogynistic’ meant at that time.

“I really didn’t know what ‘misogynistic’ meant. At first, I laughed thinking it was some word being used to make fun of me. Then a friend said, it means “someone who strongly dislikes women”, Pandya told Times of India.

“How can I dislike women? Mom, didi (sister), bhabhi (sister-in-law), Natasa – they’re all women. I adore them. My home is all about women. We are, because they are,” he added.

The flamboyant all-rounder got married earlier this year with Natasa Stankovic and also became a father.

Pandya further talked about life after the incident and said that he had to lock himself as everything around him started to crumble.

“For the first time, I wasn’t in control of my own life. Everything around me started to crumble. I had to lock myself up. If not for my family, I’d have lost a great deal of everything. They were and continue to remain the backbone – the women in my family,” he further said.

“Today, it’s my turn to be the backbone of my family,” Pandya added.

He also talked about the struggles he faced during his early days and how cricket changed his life and put perspective to it.

“I grew up in a family where there was absolute freedom. We were taught to make our own decisions. I’ll give my son the same freedom.

We were raised in very tough times. Money was always an issue in the family. We struggled. But we were happy. Cricket gave me and my brother something to fight for. Cricket is once again putting my life in perspective,” he signed off.

Hardik is currently representing the Indian team in Australia for the limited-overs series. The 27-year-old has been in sensational form as he scored 210 runs in three-match ODI series against the Australian team. 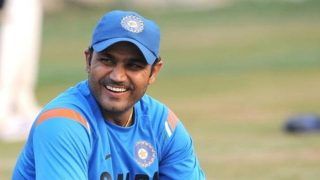