India Women are coming into the tri-series after a three-match ODI series whitewash versus Australia at Vadodara.

“No doubt they (England and Australia players) have lot of experience, because they have played T20 format. We know we are not as powerful in our strength as compared to the foreign players. We are working on it daily,” Harmanpreet said. “Right now, for us as a team it is a learning process and preparing for the World Cup and day by day we are taking the challenges. We know both the teams (Australia and England) are good in T20 and we will like to give them a fight,” she added.

India were whitewashed by Australia in the three-match ODI series at Vadodara and Harmanpreet said it was fielding that let them down. “In the T20 format, there are lot of areas where we need to improve and a big thing where we are lacking is our fielding, because if you see the ODI series, (because of) fielding we have given a lot of runs,” Harmanpreet told reporters here. “In the T20 format, it is a short format, we will give our 100 per cent and girls are looking confident and we will do better,” she added.

India had thrashed South Africa 3-1 in the five match T20 rubber held in the Rainbow nation and Harmanpreet said the girls were positive in their approach and hoped that the team would do well.

“When we played T20 in South Africa, everybody enjoyed it because we were playing the format after 14-16 months. And this is the second series and everyone is positive. I know that we did not do well in ODIs, but despite that everyone’s approach is good and we will do better in this tournament,” Harmanpreet stated.

Meanwhile, in a bid to promote women’s cricket, the BCCI has announced that the entry for spectators is free for the matches to be held at Cricket Club of India’s Brabourne Stadium. 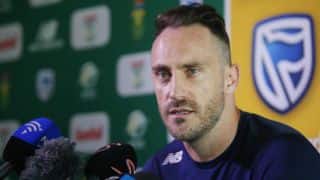 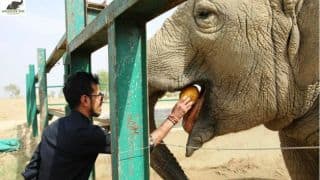