Harmanpreet will begin with her training camp from January 24 ahead of India Women's tour of South Africa.

Harmanpreet Kaur might be enjoying all the attention coming her way post the monstrous 171 against Australia in 2017 Women s World Cup semi-final, but she is facing tough time in terms of her job. After the 2017 Women’s World Cup, Harmanpreet was offered the DSP role in Punjab police. Harmanpreet resigned from her Western Railway job with whom she was associated for three years. When Harmanpreet was offered the Western Railway job under sports quota, she signed a five-year contract.

Apart from not accepting resignation, the Western Railways has not paid her five-month salary as well since she accepted the DSP role. Western Railway was also demanding INR 27 lakhs if she wished to resign in order to honour the five-year bond with the Railways.

In phone conversation with Harmanpreet, Indian Express understood the crux of the matter, I worked for three years only. But, they are asking for the salary of five years to waive off the bond and relieve me. After the World cup, it has been five months that I have not been paid any salary. I am jobless. I am neither getting any salary from Railway nor from Punjab government.

She further added, Actually, I wanted to talk to some reporter (to raise the issue), but thought that I should not be mistaken as if I am speaking against the Railways. Railways were my last hope and had given me a job when Punjab government had turned down my request. I hope, the Railways will not give me bond waiver so that I can go to my home state. I think there is a rule that bond gets shifted when you change one government job to other. Punjab Chief Minister has taken up my case for three to four times, but nothing has happened so far.

Punjab Chief Minister Amarinder Singh has requested the Railway Minister Mr. Piyush Goyal to find solution to the matter. The mail from the Chief Minister mentioned, I would like to request you that the case of Ms Harmanpreet Kaur is different wherein the condition of bond should not apply as she is not leaving the government for a private job. Rather she is joining the state government from a Central Government Organisation for better career prospects. If she is not allowed to join as DSP by imposing the bond by the Railways, it would be unfair to her and amount to punishing rather than rewarding her outstanding performance in Cricket.

Meanwhile, Western Railway General Manager Anil Kumar Gupta also issued a statement on the issue, Railway Board recruits people under sports quota and there is a condition of five year bond. In case they want to leave earlier (than five years) they have to reimburse the salary of five years. If they deposit the amount, they are allowed to go.

Harmanpreet will begin with her training camp from January 24 ahead of India Women’s tour of South Africa. 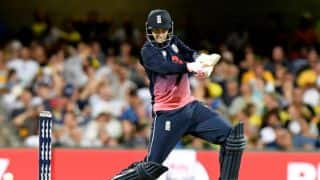 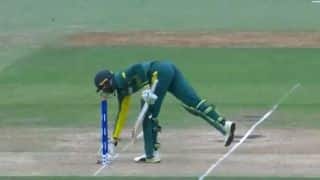