Harmanpreet Kaur, T20I captain of India Women, is likely to be sacked as Deputy Superintendent of Police in Punjab. According to a report on The Times of India, her graduation degree is not valid, as Punjab Police found out upon verification. Kaur had joined the department as DSP on March. Punjab Police has sent a proposal, insisting that Kaur cannot continue as DSP for the reason mentioned above, to the Home Department. The Home Department is headed by Chief Minister Captain Amarinder Singh.

According to DGP (Administration) MK Tiwari, “Harmanpreet had produced the graduation degree conferred on her purportedly by the Chaudhary Charan Singh University, Meerut. When the commandant of the Punjab Armed Police in Jalandhar sent the degree for verification, the Meerut university replied that this registration number does not exist.”

When The Times of India contacted Kaur, she denied the allegations: “I don’t know who has told you this. Waise to aisa kuch ha nahi (There is nothing like this).”

However, when asked about further details on her graduation, she responded with “I can only talk to you after talking to my department.”

Capt Amarinder Singh had offered the post of DSP to Harmanpreet after her stupendous performance in the 2017 World Cup, one where her crowning glory was the 171 not out that in the semi-final to derail Australia. However, at that point Kaur was serving a five-year bond with Western Railways. Though Kaur had resigned in 2017, she had to pay back five years’ salary if she left the job before completion of the term.

At that point Kaur had only completed three years of service. Captain Singh had Amarinder had talked to Railway Minister Piyush Goyal so expedite the process.

Just before Kaur’s appointment, Captain Singh had sacked then DSP Mandeep Kaur, gold medalist in 2010 Commonwealth Games and Asian Games 2010 and 2014 on the same grounds. 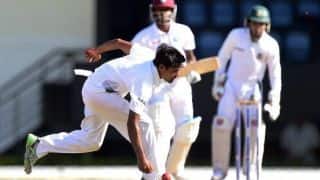 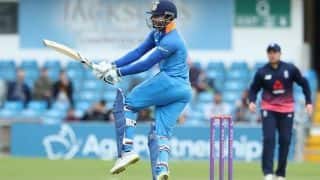