Harmanpreet further added that she would want a women's IPL to begin soon in India.

New Delhi: India‘s women’s cricket World Cup star performer Harmanpreet Kaur says that she had never thought of winning the prestigious Arjuna Award which she will received tomorrow. Harmanpreet has been named as one of the 17 sportspersons to receive the Arjuna Award from the President of India. “For a sportsperson, any kind of recognition from the government is welcome and it boosts your confidence. Getting Arjuna Award is a dream for any sportsperson,” Harmanpreet told PTI on the sidelines of the launch of National Sports Talent Search Portal.

“I thank the government for thinking that I am worthy of this award and I am very happy for this. This will motivate me to work even better in future,” she added. Harmanpreet, whose memorable 171 not out in the World Cup semifinals against Australia took India to the finals, said she would want a women’s IPL to begin soon in India.

“We get the opportunity to play in other leagues like women’s Big Bash League (in Australia), Kia Super League (in England). If there is women’s IPL in India, it will be very big. In think the BCCI is mulling over on this issue. I wish a women’s IPL starts in the near future,” said the Punjab batswoman.

Harmarpreet played in the women’s BBL early this year but was ruled out of the Kia Super League due to a shoulder injury sustained during the World Cup. She said the profile of women’s cricket in India got a huge boost because of the national team’s impressive performance in the recent World Cup.

“I am feeling good (to have got the adulation of the people). The people of India gave us a big reception and responded in a big way to our performance in the World Cup. We feel proud that we have performed well for the country. We hope to do even better in the times to come,” she said. 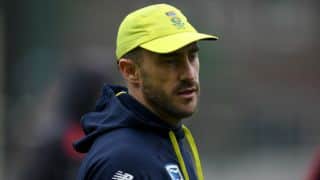