Harmanpreet Kaur has signed up for Lancashire Thunders for her second consecutive season with the club in Kia Super League.

Indian women’s T20 team captain Harmanpreet Kaur on Wednesday signed up for Lancashire Thunders for her second consecutive season with the club in Kia Super League.

Harmanpreet became the club’s first overseas signing of the year, with two more additions set to be announced ahead of the start of the Kia Super League 2019.

“I am delighted to sign with Lancashire Thunder once again for the Kia Super League. I really enjoyed my first spell in Lancashire, everybody made me feel very welcome and I have some great friends in the dressing room, who I can’t wait to play with again,” Harmanpreet said.

“It is a very talented squad and I know we will all be hungry to go one further this year, following the disappointment of narrowly missing out on Finals Day in 2018.”

Harmanpreet made an instant impact on her Thunder debut last season, hitting an unbeaten 34, including the match winning six in the final over at the Oval, to defeat eventual champions Surrey Stars.

The 30-year-old went on to score 164 runs in the tournament at an average of 32, her runs coming at a blistering strike rate of 151.85, the highest in the Lancashire side.

She captained India at the ICC Women’s World T20 in October 2018 and became the first woman to score a T20 century for her country, smashing 103 not out from just 51 deliveries against New Zealand in the tournament opener.

Harmanpreet has a prolific T20 International record for India. In 96 matches, she has scored 1910 runs at an average of 28.08, including six fifties and one century. She also bowls right-arm off breaks and has claimed 25 wickets.

Head caoch Alex Blackwell said it’s great to have one of the world’s leading T20 batters in the team once again.

“Harmanpreet made a fantastic start last summer, holding her nerve in the final over to hit the winning runs at Surrey after joining up with the squad late,” she said.

“She also played a great knock in our Roses victory against Yorkshire in Blackpool and I am certain that she will be determined to showcase even more of her skills this summer.” 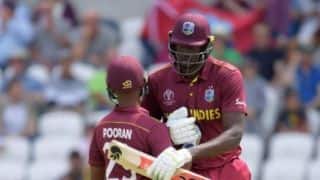 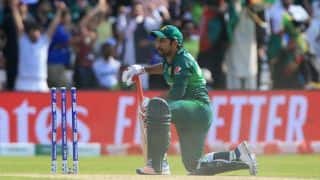