Harshad Khadiwale, the Maharashtra opener has become the third batsman to record 1,000 runs in the Ranji Trophy 2013-14. He achieved the milestone during the second innings of the final against Karnataka at the Rajiv Gandhi International Stadium, Hyderabad.

Kedar Jadhav, Khadiwale’s teammate and Maharashtra’s No 4 has already scored 1,111 runs this season and is leading the list. Lokesh Rahul, the Karnataka opener achieved the feat on Day Three during his innings of 131 in the ongoing final.

Khadiwale has scored two tons this season, with a highest of 262 against Goa at Pune. He has also scored four fifties, which include two ninties. However, he was dismissed early in the second innings of the Ranji Trophy final against Maharashtra. He scored nine from 11 balls.

When Khadiwale crossed the 1,000 run-mark in Ranji Trophy 2013-14, it was only for the third time in the history of Ranji Trophy two players from same team aggregated a thousand or more runs in a season. 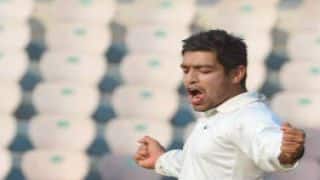 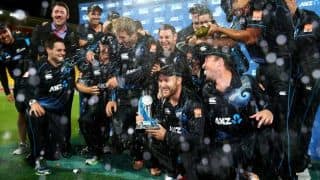