Laxman unintentionally spoke about Mishra s on paper age, which is 33 years and from there on every began.

Age fudging has among the most controversial topics in international cricket in last few years. It s a fact that many young players hide their real age to play age-group cricket and most of them gets away with it as well. Very rare cricketers are caught and during the last MAK Pataudi Memorial Lecture in 2015, former Indian captain Rahul Dravid compared age-fudging with match-fixing and called it toxic and dangerous and another legendary Indian batsman Virender Sehwag recently made some controversial statement while commentating and hovered his doubts over players real age. Before him, it was former Australian cricketer Shane Warne, who did something similar while commentating during the first One-Day match between England and Sri Lanka in June 2016. ALSO READ: Shocking! Shane Warne reveals Munaf Patel s real age

Sehwag s statement came during the recently concluded third One-Day between India and New Zealand at Mohali, when the Kiwis were batting in 44th over of the match. It all started with VVS Laxman s comment on Amit Mishra s fitness, who was the leading wicket-taker in the series with 15 wickets. Laxman unintentionally spoke about Mishra s age, 33, and from there on an unwanted conversation ensued. Sehwag continued to make some statements which may bring him in trouble as he doubted himself as well.

Laxman: He (Amit Mishra) is working on his fitness and since he is currently 33 years, so have to work hard.

Sehwag: Officially 33, on paper he is of 33 but the real age can only Mishra now.

Laxman to Sehwag: Even you can also know. He has played with you plenty of times, so unofficially how old is Mishra?

Sehwag to Laxman: See, there is no doubt about at least two years of age gap (laughter in the entire commentary box where Aakash Chopra was also there). So, I am sure of Mishra being 35-year old. Anyways, everyone reduces their age in Under-19.

Laxman and Chopra: Everyone does not do that.

Chopra interrupts: I never did that.

Sehwag continues: Even I may have done.

Laxman: What do you mean by you may have also done that. You must be sure about it.

Well, let s hope this does not bring any trouble to Mishra because he was main target in the entire discussion. You can also watch this interesting video here. 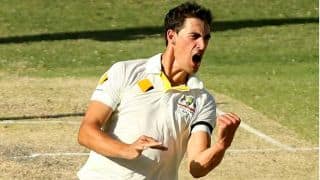 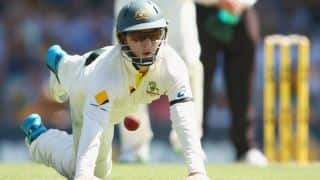