Proteas have suffered just one loss in Cape Town in 12 years, to Australia in 2006, a run of 16 matches.

Veteran South African batsman Hashim Amla has said that they will head to Cape Town as ‘favourites’ when they take on Australia in the series-deciding third Test as the Newlands ground has been a ‘happy ground’ for their team over the last few years.

South Africa has suffered just one loss in Cape Town in 12 years, to Australia in 2006, a run of 16 matches at a venue where crowds are traditionally good and the wicket conducive to positive results.

According to Sport24, Amla said that his team would head to their favourite ground Newlands with momentum in their favour, which they will try to continue in the third Test. Amla however, said that they would need to assess the conditions at Newlands as soon as they can, adding that there is a lot riding on the last Test as Australia is also a very good team although the visitors’ last two matches at Cape Town, in 2009 and 2011, resulted in defeats.

The report mentioned that South Africa’s thumping 231-run victory in the second Test following an equally decisive 281-run loss in the first game in Pretoria left the series on a knife-edge Amla’s unbeaten 127 in the second Test took him back to number two in the International Cricket Council (ICC) rankings for Test batsmen behind compatriot AB de Villiers, the report added. 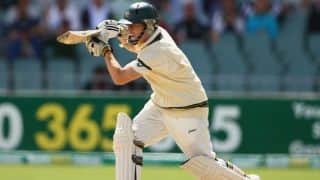