Hashim Amla was the only bright spot for South Africa

After AB de Villiers holed out to substitute fielder Thisara Perera for 29, wickets keep falling. At the other end, Amla was virtually impenetrable, as he scored well over 60 percent of the total runs scored by South Africa. JP Duminy, David Miller, Ryan McLaren, and Vernon Philander were all dismissed for single-digit scores.

Earlier, Angelo Mathews and Ashan Priyanjan staged an assault, but Ryan McLaren struck repeatedly at the death in the second One-Day International (ODI) between Sri Lanka and South Africa at Pallekele after Dilshan got Sri Lanka off to a flier early on. Sri Lanka could have got much more than the 267 they finished with, but McLaren took four wickets in seven balls to halt their progress.

Earlier, Sri Lanka got off to a good start, but Dale Steyn injured his hand while fielding off his own bowling, going off the field just 2.2 overs into his spell in the process. Dilshan made his intentions clear very early on, hitting Steyn down the ground for four in the first over of the match. He followed it up with two more boundaries in his next over. 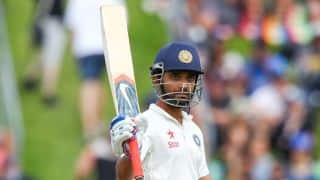 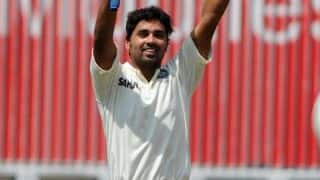