Saha feels Pant can work on a few things out of the box. During their time away from cricket, wicketkeeper batsmen Wriddhiman Saha and Rishabh Pant seem to be working together. The seasoned Bengal wicketkeeper batsman is always up for sharing his experience with his younger India teammate and doesn’t shy away from offering Pant tips behind the stumps.

There’s plenty of talk surrounding the 21-year-old wicketkeeper batsman from Delhi, about how he has squandered a wonderful start to international cricket to become of the India’s reserve players, and in the time of crisis, Saha feels Pant can work on a few things out of the box.

“I have told Rishabh a few things which he will try according to his comfort zone. He will try during training. It’s not like he will do it for one day and it will work. So, if he feels those things will work for him, he will try and implement them in his training,” Saha told IANS.

“It’s not like tips. It’s a discussion. I have told him these are things I follow and it makes my job easier. You can also try them and see if it works for you. See it’s very personal. But yes, we do discuss wicketkeeping.”

Pant’s blazing start which saw him score centuries in Australia and England made him a certainty in the team. But a string of low scores and inconsistency has reduced him to warming the bench for India. He was rested during the limited-overs leg in New Zealand with KL Rahul keeping wickets, before being drafted into India’s Test XI. However, he had poor outings there too, kind of paving the way for Wriddhiman Saha to reclaim the place he never lost in the first place.

With both wicketkeeper batsmen competing for the same place, one would believe there is intense competition between the two but Saha played it down, saying they share a very cordial and nice bond.

“We (me and Rishabh) keep joking around. We train together and we keep talking about the game and otherwise also. He always tries to give his best. There are few things which we have had a chat about,” Saha said. “We all play for India. The team decides the best combination and we have to respect that. I had played the last series, he (Rishabh) did not play. In New Zealand, he played and I did not. Individually, yes we all expect to play. But ultimately the team is first.”

Saha is busy performing the role of a father to his new-born although the IPL is his next target. However, that said, the outbreak of the COVID-19 has out the entire world of sports on hold and with no certainty regarding the IPL, Saha is content to wait and watch.

“Life and family comes first. Then you can talk about sport,” Saha said. “We all sacrifice a lot for the sport but eventually if a lot of people are hampered, that is not necessary. So, we need to take necessary precautions. For the time being, we all have to wait and when the situation gets better, we all will look to do well in the IPL.”

Saha weighed in on Bengal’s road to the final of the Ranji Trophy. Saha returned to play the crunch match and scored a crucial 64 in Bengal’s first-innings total of 381. But it wasn’t enough as Saurashtra claimed a first-innings lead of 44 runs and were declared winner, their first-ever Ranji Trophy win.

“Bengal played so well throughout the season. They won tough games en-route to the final. I would have loved to win the Ranji Trophy with Bengal. But it’s a sport. Till the fifth day, it was a 50-50 match. But we lost early wickets on the fifth day, so it became tough for us,” opined Saha, who was playing in his first Ranji final,” Saha said. 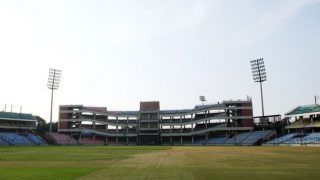 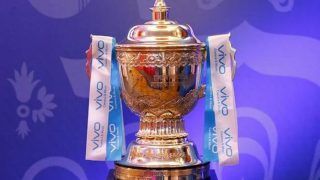 Call on IPL 2020 to be Taken on March 24 Amid Coronavirus Pandemic; BCCI to Discuss With IPL Franchises via Conference Call