With the selectors still backing Rishabh Pant to occupy the position behind the stumps, rumours of Dhoni’s retirement have grown louder.

Following India’s exit in the semi-finals at Old Trafford, Dhoni extended his break and served in the Indian Army for two months since he’s an honorary Lieutenant colonel. Captain Cool also made himself unavailable for selection for the home series against South Africa. With the selectors still backing Rishabh Pant to occupy the position behind the stumps, rumours of Dhoni’s retirement have grown louder.
Advertisement

“Whether he wants to come back, that’s for him to decide. I have not met him after the World Cup. He has to first start playing and let’s see how things go. I don’t think he has started playing after the World Cup. If he is keen, he will definitely let the selectors know,” Shastri was quoted as saying by The Hindu. “He will go down as one of our greatest players, very, very high up the list.”

Shastri also explained why was experienced wicketkeeper Wriddhiman Saha ranked higher in selection over the dynamic Pant, who has scored Test hundreds in England and Australia.

“Saha was injured and that was the reason Pant came into the Test side. Saha is the best ‘keeper’ in the world, and at home, where the bounce can be variable, his ‘keeping is invaluable,” Shastri said. “Pant has scored Test hundreds in England and Australia, is talented, but he is still very young and has the time to improve his ‘keeping’,” Shastri said.

The Virat Kohli-led side are gearing up to face South Africa in the second Test at the Maharashtra Cricket Association (MCA) Stadium in Pune which gets underway on Thursday. India lead the three-match series 1-0 after dishing out a convincing performance at Vizag winning the series opener by 203 runs. 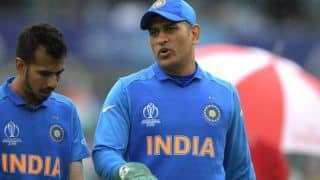 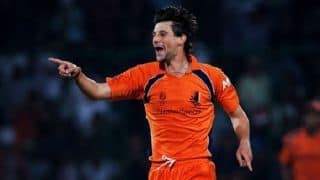