Despite his swashbuckling batting style, Rishabh Pant has enjoyed far more success in Tests than in limited overs cricket.

Rishabh Pant was always going to be a marked man. For starters, he has to replace one of the most decorated players in the history of the game if he was to have an international career, particularly in limited overs cricket.

But even when you ignore the MS Dhoni factor, you would find that Pant has a few reasons to attract interest on his own. Before the big sixes in IPL matches and the verbal jousts with Tim Paine, Pant’s claim to fame was the 2016-17 Ranji Trophy season in which he scored a triple century against Maharashtra and smoked a 48-ball hundred against Jharkhand. Add to this the fact that he hit a six straight over the bowler’s head — dancing down the track and all — off what was only the second ball he faced in his Test career.

Interestingly, despite the swashbuckling nature of his batting style, the 21-year-old has had far more success as a Test batsman than in limited overs cricket. He averages nearly 45 in the longest format of the game while his limited overs average hovers in the early 20s.

Pant’s big-hitting style initially brought smiles to the faces of the team management. ‘Fearless’ is a word that has been used a lot by the selectors, the coaches and captain Virat Kohli over the past couple of years and Pant’s batting style fit the bill.

Then came the dismissals.

An attempted six that gets caught in the deep here, an ill-fated slog-sweep in the World Cup semi-final there, and Pant now finds his fledgling career under scrutiny because of his decision-making. Vikram Rathour in his first interaction with the media as India’s batting coach spoke about the need for Pant to “sort out his game plans a little more” and about the “fine line between fearless and careless” cricket.

And here lies what seems to be a dichotomy of what the Indian coaching staff wants from Pant. While Rathour, and even Kohli in recent times, are asking for better shot selection from him, and by extension have longer stays in the middle, head coach Ravi Shastri has stated that “no one will even think of changing his style.” And yet, Pant’s style is one that comes with inherent risks.

That Pant is a talented batsman is undeniable. He was rightly drawing comparisons to Adam Gilchrist during India’s successful Test tour of Australia last year — a series in which he ended as India’s second highest run-getter, and he has single-handedly won matches for his IPL side Delhi Capitals on a number of occasions. If India are serious about considering him ahead of Dhoni for the World T20 coming up next year, it is down to the coaching staff to communicate exactly what it is that they expect from him. If they don’t want to curb his natural game, the key might lie in helping him improve his execution.

Additionally, it is unknown as to whether there has been any communication between him and the team management as to his role in the limited overs setup. Would he still be a shoo-in as a specialist batsman if the management decide to go for Dhoni? Providing him an answer to this question might do a world of good for the young wicketkeeper-batsman.

The likes of Sanju Samson and Ishan Kishan are waiting in the wings with decent performances but the management has indicated that they are expecting Pant to come good by sticking with him thus far. Considering the potential he has, it wouldn’t hurt if he got some help in living up to that expectation. 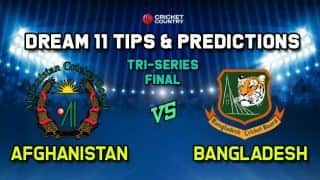 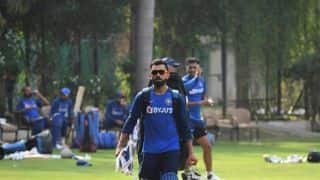