Although no injuries were reported, but police had to take action against Gibbs.

Former South African batsman, Herschelle Gibbs was arrested by the Western Cape police on a charge of reckless driving on Sunday. Gibbs played 90 Tests, 248 One-Day Internationals (ODIs) and 23 T20 Internationals for the Proteas. He was driving quite fast, when his car collided with a Toyota. Although no injuries were reported, but police had to take action against Gibbs, Sports24 reported.

“A case of drunk driving is under investigation. The 40-year-old suspect was arrested at 23:30 on Sunday and will appear in the Cape Town Magistrate’s Court on November 25, 2015,” FC Van Wyk, the spokesperson of Western Cape police confirmed this news to media. Police opened a case docket and the circumstances around the incident are still under investigation. 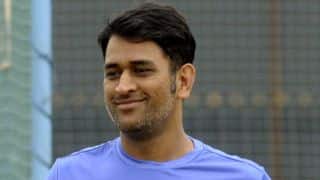 MS Dhoni, where are you?