Yasir Shah made sure Steve Smith remembered how many times he has been dismissed by the Pakistan legspinner in Tests with a seven-finger salute at the Gabba last week.

Yasir Shah made sure Steve Smith remembered how many times he has been dismissed by the Pakistan legspinner in Tests with a seven-finger salute at the Gabba last week.

Smith, who has had a remarkable return to Test cricket at the Ashes 2019 this year, had a rare off-day in whites having been dismissed for four in the first Test between Australia and Pakistan. It was the seventh occasion in Test cricket that Shah had dismissed Smith who averages 64 in the format.

And Shah reminded Smith and everyone with quite a send-off. The Australian says he’s extra motivated and won’t throw away his wicket as easily come the second Test which gets underway from November 29 in Adelaide.

“A couple of the boys were in the sheds just after that and said, ‘He’s just woken up the beast’ or something like that,” Smith was quoted as saying by the Sydney Morning Herald. ‘We’re in for a battle [in the second Test]. I’m not going to be giving away my wicket very easily this time. I am motivated, particularly after he put his fingers up … that he got me seven times. I actually didn’t even know that he’d gotten me out [seven times]. I thought that he’d gotten me out once or twice. Seven times? There you go.”

Explaining why he went for an extravagant shot right after hitting a four off Shah, Smith said, “I spoke to JL (Justin Langer) in the morning and I was like, ‘How should I go about this? Should I just take it on?’ He said, ‘Just go out and entertain them, do what you want’. It was probably a bit more casual than if I’d come in at 2-20. I probably would have been a bit more cautious and got into my innings a bit more rather than playing a somewhat reckless shot. But we live and we learn and we go again.”

Australia went on to win the Test by an innings and five runs to take a 1-0 lead in the two-match series. 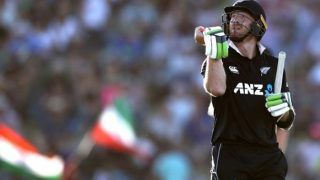 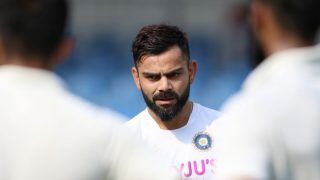