The Mumbai cricketing fraternity was taken aback after Board of Control for Cricket in India (BCCI) found batsman Hiken Shah guilty of making a “corrupt approach” to a fellow player during the last Indian Premier League (IPL) and suspended him with immediate effect. “It’s a shocking piece of news for me. We still can’t believe that Hiken could be involved in such a thing,” said a stunned Mumbai Cricket Association(MCA) joint secretary Dr PV Shetty told PTI.

Did at any point in time he found something suspicious in Hiken’s behaviour? “Never ever. I always found him to be a good sincere boy. At this point I would not like to comment as BCCI will carry out a complete investigation,” Dr Shetty said. READ: Hiken Shah’s suspension by BCCI just the ‘tip of an iceberg’: Kirti Azad

In fact the news is yet to sink in for many who have seen the cricketer from close quarters. “When Ankit Chavan was found guilty of spot-fixing, I found it difficult to believe that a boy like Ankit could have been involved in such a nasty act. Now it’s Hiken, who was this quiet unassuming boy,” a former Ranji player from Mumbai said.

A Gujarati boy, Hiken was one of those quintessential players who slogged it day in and day out in confines of domestic cricket. “A decent left-handed batsman with loads of patience. He was a typical Mumbai “khadoos” (a term for gutsy fighter in Mumbai cricketing lingo) cricketer. He was not very talented and also failed to cement a permanent place as his 37 first class matches would suggest. His batting was effective without being attractive,” the cricketer added. READ: Anurag Thakur: No miscommunication between me and Jagmohan Dalmiya

What people in Mumbai cricket fraternity are finding tough to understand is as to what drove him towards this criminal act. Hiken had a government job with Mumbai Customs which he represented in Times Shield. In Kanga League, he played for Payade cricket club owned by PV Shetty. 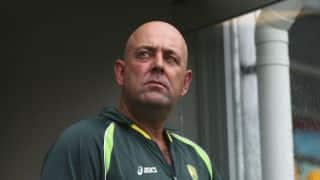 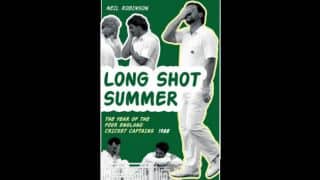